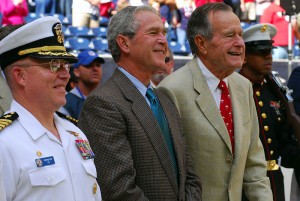 Legacy status matters in college admissions. Anyone who tells you otherwise isn’t telling you the truth.

According to the “US News & World Report” article by Catherine Groux, “In 2011, a researcher at Harvard University found that students’ family connections may indeed impact how likely they are to get into a prospective school, The Chronicle of Higher Education reports. After examining legacy status at 30 highly selective colleges, the researcher found that when all other admissions factors are taken into account, legacy applicants have a 23.3 percentage point boost in the likelihood they will be admitted. If their mother or father attended the university, making the student a ‘primary legacy,’ they had a 45.1 percentage point advantage over their peers.”

“While the Harvard study used a relatively small sample size, Richard D. Kahlenberg, a senior fellow at the Century Foundation, told the Chronicle that it shows that legacy status does indeed matter during the college admissions process. ‘The takeaway to me is that here’s a study that seeks to control for a number of factors and finds that legacy status is even more important than previously thought,’ Kahlenberg said. ‘It’s more evidence that this is not a feather on the scale.'”

Jeffrey Brenzel, the outgoing dean of undergraduate admissions at Yale University, claims that the university turns down 80% of legacy applicants and they “feel it every day.” That’s cute and all, but there’s a lot that this statistic isn’t telling you. First of all, if 80% of legacy applicants are denied, that means that 20% got in. Last time we checked, a 20% admission rate for legacies sure beats the admission rate of Yale’s incoming class as a whole. Also, some legacy applicants who get into Yale can be less qualified than some students who aren’t legacy and are denied admission. It’s amazing what can be hidden in a statistic. Right, Mark Twain?