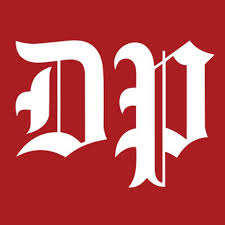 There’s a piece today in “The Daily Pennsylvanian,” the newspaper of Penn, that cites Ivy Coach.

Where do you stand on the issue of legacy admission at Penn and every other  highly selective college? If you’re undecided on the issue, you may wish to check out an excellent piece published today in “The Daily Pennsylvanian” by Harry Trustman entitled “Legacies make up a sixth of Penn undergraduates. Experts disagree whether this needs to change.” Ivy Coach is cited extensively in the piece. And where do we stand? Our regular readers know precisely where we stand — in firm opposition to the practice of legacy admission not only at Penn but at all of our nation’s elite universities. We wish to make clear, after all, that Penn should not be singled out for admitting legacy applicants — all highly selective colleges value legacies and offer these candidates preferential treatment in admissions.

An Overview of Legacy Admission at Penn

As Trustman writes, “At Penn, legacies make up 16 percent of the undergraduate student body — a greater proportion than first-generation students at 12 percent and black students at 7.3 percent. It also exceeds the 15 percent of students who receive Pell Grants, a federal grant for college students.” That’s an important distinction that Trustman draws: as coveted as underrepresented and low-income students may be, don’t let any highly selective college have you believe they don’t also value their legacies. In fact, as Trustman astutely points out, legacies are so coveted at Penn that they count applicants whose parents or grandparents went to the school as an undergraduate or graduate student as a member of this category. This isn’t the case at most of our nation’s elite institutions — a parent or grandparent attending a graduate school doesn’t typically qualify an applicant as legacy.

Our Opposition to Legacy Admission

As Trustman writes, “Brian Taylor, the managing director of the college counseling service Ivy Coach, opposes the practice. On Aug. 18, Ivy Coach posted an article on their website calling for an end to legacy admissions, claiming that the policy unfairly benefits wealthy, white applicants. Taylor rejected the focus of the Justice Department’s affirmative action investigation and said legacy admissions, rather than affirmative action, plays the bigger role in Asian-American discrimination in college admissions.”

The pieces goes on “Admissions experts also disagree on why universities like Penn continue to accept a large percentage of legacy applicants. [Laurie Kopp] Weingarten said the University hopes to increase campus involvement from both incoming students and alumni, but Taylor said the University is primarily motivated by donations. ‘It’s the same reason why a real estate broker is more incentivized to sell you a high-priced apartment,’ Taylor said.’“They get more on the deal. Legacy admissions gets them more money.’ Taylor added that accepting the children of wealthy donors is potentially a violation of United States tax law. ‘When you donate clothing to Goodwill, you don’t receive an ownership stake in a professional sports team,’ Taylor said. ‘When people donate to universities like Penn, they’re not supposed to get anything in return. And yet, their children are getting preferential treatment in admissions.’ ‘Their files are literally being flagged,’ he added.” We wouldn’t say it any differently ourselves. Oh wait.

A Last Word on the Practice of Legacy Admission

And one last thing. There’s one quote in the piece in particular that tickled us: “’I don’t believe that the legacies who have been admitted didn’t deserve to get there,’ Weingarten said. ‘I have seen legacies apply who did not deserve to get in, and they were not accepted to Penn.'” Certainly there are unqualified legacies who are denied admission at schools like Penn. But the belief that every legacy who earns admission deserves to get in is outlandish. We have absolutely seen legacies who “didn’t deserve to get there” based on their grades and scores. Heck, in some cases, we’ve worked with these students. Are many legacy applicants qualified in their own right? You bet. Smart, ambitious parents quite often raise smart, ambitious children. It’s the whole leaves and trees thing and all. But any intimation that all legacy applicants are as qualified as any other admitted student is a Pollyanna narrative that is not reflective of the realities of the highly selective college admissions process.

Have a question about legacy admission at Penn or at any other institution? Let us know your question by posting it below. We look forward to hearing from you.