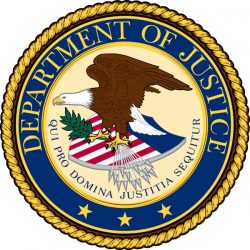 The U.S. Department of Justice will likely be challenging the practice of Affirmative Action.

It’s a headline in just about every major newspaper today: The United States Justice Department Takes on Affirmative Action! The United States D.O.J. under the stewardship of the under siege Jeff Sessions will be taking on the practice of Affirmative Action in college admissions. Indeed an internal announcement to the civil rights division of the U.S. D.O.J. made clear that the department is seeking attorneys to potentially litigate against universities that are discriminating against applicants based on race. Translation: The Jeff Sessions-led Justice Department intends to argue that Caucasian applicants face unjust discrimination in the college admissions process because of Affirmative Action policies that favor underrepresented minorities — and they’re seeking to stop this practice.

Attorney General Jeff Sessions isn’t devoting his department’s resources to challenging the unfair advantage that legacies have in college admissions. He’s devoting his department’s resources to the unfair advantage underrepresented minorities have in college admissions. Here’s to his resignation and a recess appointment who will be marginally better!

As Charlie Savage writes in a piece entitled “Justice Dept. to Take On Affirmative Action in College Admissions” for “The New York Times,” “The document does not explicitly identify whom the Justice Department considers at risk of discrimination because of affirmative action admissions policies. But the phrasing it uses, ‘intentional race-based discrimination,’ cuts to the heart of programs designed to bring more minority students to university campuses. Supporters and critics of the project said it was clearly targeting admissions programs that can give members of generally disadvantaged groups, like black and Latino students, an edge over other applicants with comparable or higher test scores.”

What do our readers think about the Justice Department taking on Affirmative Action? Let us know your thoughts by posting a Comment below. We look forward to hearing from you.