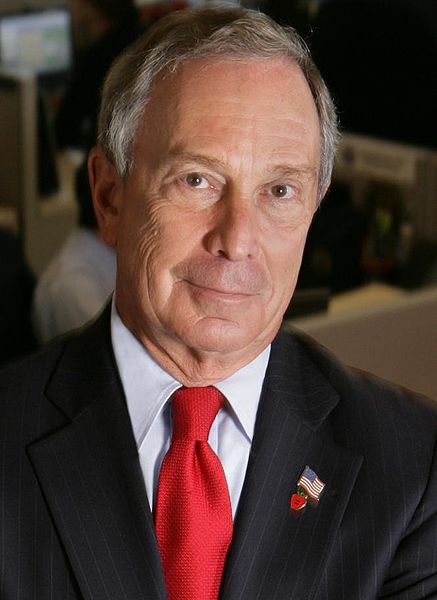 You can bet administrators are jumping for joy at Johns Hopkins today because of Michael Bloomberg (photo credit: Rubenstein).

One of the world’s most prolific benefactors has done it again: he’s given away more of his fortune. Mayor Michael Bloomberg has rewarded his alma mater, Johns Hopkins University, again. This loyal son of Johns Hopkins has a history of giving back — and giving back big — to the Baltimore, Maryland-based institution. The man has already given $1.5 billion to the school. That’s right. $1.5 billion. But this time, Mayor Bloomberg, in our view the greatest leader in New York City’s storied history, has set a new benchmark. The new benchmark is not only a personal benchmark; it’s a new benchmark for giving to any academic institution in U.S. history. Michael Bloomberg will donate $1.8 billion in scholarship money to his college. $1.8 billion! You think JHU admissions officers got it right back in the day when they offered admission to this kid from Massachusetts? We think so.

As reports Colin Campbell for “The Baltimore Sun” in a piece entitled “Bloomberg to donate historic $1.8 billion to Hopkins for low-income scholarships,” “The historic gift, announced Sunday, will be spent exclusively for low- and middle-income scholarships, allowing the university to permanently offer need-blind admissions and eliminating the need for student loans in financial aid packages. University President Ronald J. Daniels likened Bloomberg’s gift to the $7 million donation Johns Hopkins gave in 1873 to found the school, and compared it to railroad magnate and former California Gov. Leland Stanford’s founding of Stanford and John D. Rockefeller’s financial support of the University of Chicago. ‘It’s at another level — truly transformative,’ Daniels said. ‘America is at its best when we reward people based on the quality of their work, not the size of their pocketbook,’ Bloomberg wrote in a New York Times op-ed published Sunday afternoon. ‘Denying students entry to a college based on their ability to pay undermines equal opportunity. It perpetuates intergenerational poverty. And it strikes at the heart of the American dream: the idea that every person, from every community, has the chance to rise based on merit.'”

And while we applaud the remarkable generosity of Michael Bloomberg and cross our fingers this gift is a precursor to a planned presidential campaign, we hope Mayor Bloomberg’s people added one specification to his gift. As he writes in his op-ed in “The New York Times” entitled “Why I’m Giving $1.8 Billion for College Financial Aid,” “When colleges review applications, all but a few consider a student’s ability to pay. As a result, high-achieving applicants from low- and middle-income families are routinely denied seats that are saved for students whose families have deeper pockets. This hurts the son of a farmer in Nebraska as much as the daughter of a working mother in Detroit…Hopkins has made great progress toward becoming ‘need-blind’ — admitting students based solely on merit. I want to be sure that the school that gave me a chance will be able to permanently open that same door of opportunity for others. And so, I am donating an additional $1.8 billion to Hopkins that will be used for financial aid for qualified low- and middle-income students.”

But if this remarkably generous gift will allow Johns Hopkins to truly go need-blind, then we ask Johns Hopkins to show it for the world to see. Show, don’t tell. Currently, applicants to Johns Hopkins are asked on the school’s supplement, “Do you intend to pursue need-based financial aid?” Students must answer “Yes / No.” This answer is read by the very admissions officers who are reviewing a student’s file. If the school is truly going need-blind, as Mayor Bloomberg intends, then this question should be removed from the application in its entirety, with no exception.

Johns Hopkins, will you remove the question: “Do you intend to pursue need-based financial aid?” We await your answer.