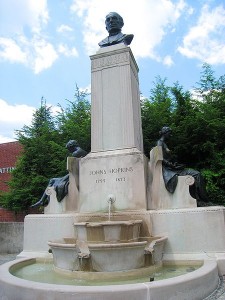 Johns Hopkins extended their Early Decision deadline this year for no particular reason.

We completely understand why Early Decision and Early Action application deadlines were extended for the Class of 2018. After all, we were helping lead the charge against the Common App., letting it be known so many issues students were having with the platform as they sought to complete and submit their applications. But this year, there weren’t issues with the Common Application. So we’re curious as to why Johns Hopkins University chose to extend their Early Decision application deadline to November 10th.

As Johns Hopkins noted in an email to potential applicants from the Office of Undergraduate Admissions, “Greetings from Johns Hopkins University. We’ve extended our Early Decision application deadline to Monday, November 10. While we encourage you to submit your application as soon as possible, we want to make sure you have ample time to produce your best work as you consider applying Early Decision to Hopkins.” Can you guess what we have to say about this? Likely story.

We’re curious to hear what you think about Johns Hopkins extending their Early Decision deadline. Do you share our suspicions? Let us know by posting a Comment below. We look forward to hearing from you!