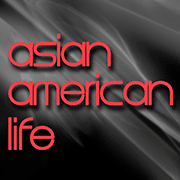 In tonight’s “Asian American Life” on CUNY TV (in case you wish to watch counter programming to CBS’ “Blue Bloods” — we kid!), Ivy Coach is featured offering perspective on Ivy League admissions. In the segment, Brian of our firm discusses how it’s difficult for college admissions officers to gauge how one violinist is more talented than the next violinist. After all, college admissions officers are not necessarily experts at the violin. Most indeed are not. Brian articulates that while a :55 100-backstroker is obviously faster than a :58 100-backstroker, such distinctions are more difficult in, say, music.

And so many Asian American applicants include music as one of their extracurricular activities on their Common Application — particularly the piano and violin. In so doing, these students are, regretably, playing into Asian stereotypes. While admissions officers at highly selective colleges will rarely admit to stereotyping applicants, they sure do. Because they’re human. We all do. We were built to be hunter-gatherers. We had to make rapid decisions…for survival reasons. That same rapid-fire processing is still very much programmed into us. It’s the very science behind stereotyping. It might not be right. It might not be fair. But it doesn’t mean we don’t do it.

In the segment, Brian also speaks of how Asian American applicants shouldn’t necessarily all apply to the same few schools. You see, even though being Asian American doesn’t help in admissions at any highly selective college since Asian Americans are an overrepresented rather than underrepresented minority group in elite college admissions, it doesn’t hurt as much at certain schools as it does at others. Our clients at Ivy Coach learn this early on while working with us.