Ivy Coach on the Radio

Ivy Coach was featured tonight on “The Dr. Wendy Walsh Show” on KFI AM 640 in Los Angeles (click play above to listen in). Dr. Wendy’s daughter got into Harvard. As Dr. Wendy put it, her daughter “accidentally” got into Harvard and so Brian was asked to come on the radio show to discuss the highly selective college admissions process and some common misconceptions about Ivy League admissions. Dr. Wendy starts off the chat by discussing how she “traveled” her daughter to sixteen countries. Brian was quick to point out that her daughter’s globetrotting was not the reason she got into Harvard and indeed such globetrotting can hurt a student’s case for admission. And why? Because it reeks of privilege — even if the travel wasn’t extremely expensive and they stayed in cheap hotels. Not everybody gets to travel across the world after all. 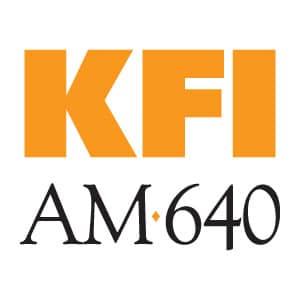 Ivy Coach was featured in a radio segment.

Dr. Wendy also told a story about how she once had the pleasure of sitting next to a Stanford admissions officer on a plane fifteen years ago. As Dr. Wendy described it, the admissions officer expressed that Stanford sought well-rounded students, that they didn’t want the “one note student.” “One-note” has a negative connotation though. Singularly talented is more like it. Brian explained that this is not the case, that Stanford and other highly selective colleges do not want well-rounded students — nor was it the case fifteen years ago. Admissions officers, after all, don’t always convey the truth of what happens behind closed doors. Stanford and all highly selective colleges seek singularly talented students and not well-rounded students. This is the case now. This was the case in 2001. Dr. Wendy joked that this was breaking news. Brian chimed in, to chuckles, that this was breaking news in 1996.

Have a listen to the radio segment with Dr. Wendy. Hear what Brian’s got to say about African American ice hockey players, Amy Chua’s “Battle Hymn of the Tiger Mom” book (and Asian applicants playing the piano), and more. Have a Comment? Post it below and we’ll be sure to get back to you. We look forward to hearing from you.