A piece in “The New York Times” published today about international students and college admission by Tamar Lewin points out that more than a quarter of the class at the University of Washington gets a free ride largely because of the full-pay tuition from international students. And that’s how the University of Washington can continue to admit low income students from the state of Washington! Does it seem unfair for applicants from China to take slots away from Americans at our universities now? Not so much, we’re guessing you’re thinking. 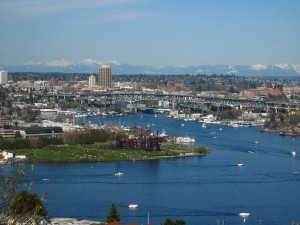 At the University of Washington, like many universities across the nation, international students who pay the full ride offset the cost of American students who can’t afford full tuition.

According to the same college admission piece in “The New York Times,” “There is a widespread belief in Washington that internationalization is the key to the future, and Mr. [Michael K.] Young, [the university president], said he was not at all bothered that there were now more students from other countries than from other states. (Out-of-state students pay the same tuition as foreign students.) ‘Is there any advantage to our taking a kid from California versus a kid from China?’ he said. ‘You’d have to convince me, because the world isn’t divided the way it used to be.'”

While you’re here, if you’re an international student, check out this post on the Student Visa Interview.