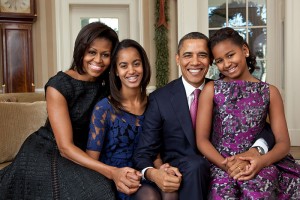 Malia Obama will gain admission to every college to which she applies. Without question.

Malia Obama is certainly an interesting college applicant to say the least. She’ll soon be applying to highly selective colleges. And, make no mistake, these colleges will be clamoring for her. They want to be the school that landed the daughter of the sitting President of the United States. We’ve never seen Malia’s SAT or ACT scores. We’ve never seen her grades. But we hear that she’s considering Stanford and UC Berkeley. Her mother and father both attended Harvard Law, of course, but she is a legacy at Princeton, her mother’s alma mater, and Columbia, her father’s alma mater. In the case of Malia Obama, though, legacy status simply doesn’t matter as she seeks admission to these top schools. And neither does the fact that she is an underrepresented minority. All that matters is…she’s Malia Obama. It’s as simple as that.

Apparently Malia wants to be a filmmaker. Many aspiring filmmakers choose to apply to New York University or the University of Southern California. We always think this is ridiculous. After all, you don’t need to major in film to direct movies. You can major in biology and still make movies. The best education in filmmaking you can receive is by working under top notch directors, by making movies of your own. You don’t need to go to USC or NYU to make movies, even though these two institutions happen to have very respected film and television programs.

What do you think Malia will write about in her Common Application Personal Statement? We’d be curious to know. But make no mistake, no matter what Malia writes about, she is one of the rare cases where it just won’t matter. Malia will gain admission no matter where she applies. We know little about her, but she’s probably quite smart based on the fact that she’s been raised by two very smart individuals. And there’s the fact that she’s…the daughter of the American president. She has no reason to worry about the college admissions process. Malia is set.