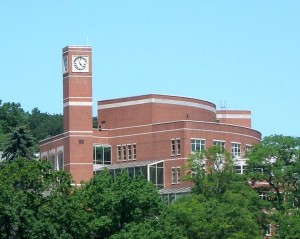 Horace Mann administrators need a reality check. Their students are hyper-competitive. Just accept it. Is the act of a student sabotaging another student’s college admissions chances disgusting? Yes. But don’t act as though this has never happened before in your community, Horace Mann. Don’t be so “shocked.”

We’ve got a new Horace Mann scandal to report and it involves college admissions. For those of you not familiar with Horace Mann, it’s a private school in NYC. Many graduates of Horace Mann apply to — and ultimately end up at — highly selective colleges. Earlier this year, Horace Mann settled with alumni who endured sexual abuse between the years of 1962 and 1996 (quite a long time!). But this latest scandal involves a saboteur in the college admissions process. Yes, a saboteur. Apparently, a student at Horace Mann sent an anonymous letter to the admissions offices of a number of colleges in the hope of sabotaging the chances of admission of a fellow student.

Horace Mann hasn’t yet been able to identify the anonymous letter-sender. But they have spoken to the deans of admission at the various schools where the saboteur’s letter was received. Apparently, Horace Mann has been asked three questions by these deans, as according to a letter addressed to parents of seniors and seniors at Horace Mann from the school: “Are the claims in the letter true? Will the letter’s author also be applying to colleges who received the letter? What does it say about Horace Mann that a member of our community would do something like this? The school has made a point of getting out the word that an act of sabotage like this only reinforces negative stereotypes about the school, stereotypes the school has, over the years, tried to distance itself from.

This certainly isn’t the first time that we have heard of a rival student sending a letter like this to admissions offices but the (over-) reaction of Horace Mann is rather amusing. They’re acting as if this is an atrocity, like it’s an affront to their core values. Is it disgusting? Yes. But is this really a news story and worthy of a senior meeting and a letter to parents and students? Horace Mann, get over yourself. You don’t think your students and the parents of your students are hyper-competitive? We’ve got news for you. They are. As a side note, do you have any idea how many Horace Mann students we work with at Ivy Coach? Likely not.

What do you think about this Horace Mann scandal? We’re curious to hear your thoughts!