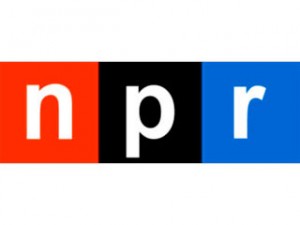 Grades matter in admissions a whole, whole lot. But should they matter even more?

We’ve written before that the best predictor for academic success once at college is…drum roll please…one’s high school grades. It’s not one’s SAT or ACT scores. It’s not their SAT Subject Test scores. It’s not their letters of recommendation or their choice of deodorant. Did anyone really think one’s choice of deodorant could predict college grades? We didn’t think so. But just in case. Anyhow, there’s a new study out that asserts this very finding — that high school grades are the best predictor of academic success at college. The study, conducted by William C. Hiss as the Principal Investigator, is entitled “Defining Promise: Optional Standardized Testing Policies in American College and University Admissions” and you can read about the impact of high school grades in admissions here.

Here are some key findings of Hiss and his team as reported by “NPR” in a piece on the academic study: “Hiss found that there was virtually no difference in grades and graduation rates between test ‘submitters’ and ‘non submitters.’ Just 0.05 percent of a GPA point separated the students who submitted their scores to admissions offices and those who did not. And college graduation rates for ‘nonsubmitters’ were just 0.6 percent lower than those students who submitted their test scores.” Hiss of course is referring to test-optional colleges — not students who refused to submit test scores to, say, Harvard. That would not work out too well for them, we promise!

This is also in the “NPR” piece: “The study has another clear result: High school grades matter — a lot. For both those students who submitted their test results to their colleges and those who did not, high school grades were the best predictor of a student’s success in college. And kids who had low or modest test scores, but good high school grades, did better in college than those with good scores but modest grades.” So there you have it. In terms of admissions, standardized testing scores on exams like the SAT and ACT matter a whole lot — just as grades do. In predicting success once at college, it all seemingly comes down to high school grades.