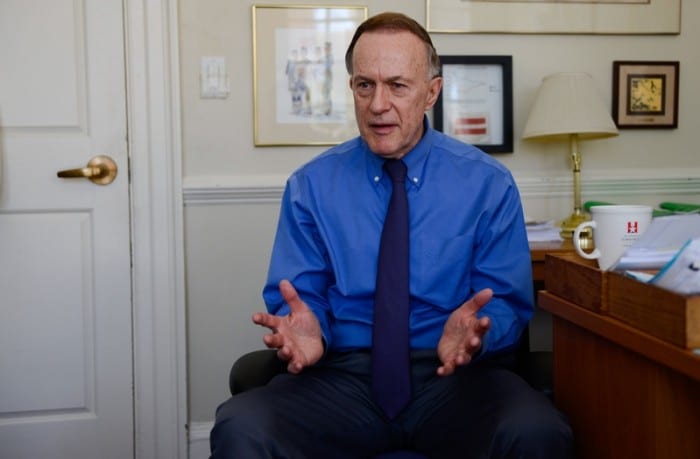 Harvard’s longtime Dean of Admissions & Financial Aid, William Fitzsimmons, has added his voice to the growing chorus of voices skeptical of the new Coalition for Access, Affordability and Success. Dean Fitzsimmons has always been a tell-it-like-it-is admissions official (much like Penn’s Eric Furda) and we echo his comments, as voiced to “The Crimson,” that question how the Coalition for Access will actually make it easier for low-income students to access highly selective colleges such as Harvard University.

As quoted in “The Crimson,” “Fitzsimmons said he has repeatedly opposed the coalition’s strict conditions for membership, which he said include a graduation rate above 70 percent within six years and a demonstrated commitment to financial aid. According to Fitzsimmons, a major advantage of the Common Application is that it is available for all colleges to use, allowing students to apply to a variety of schools more easily. ‘We hope the coalition application would recognize the stress that many high school students are under, and take the bureaucracy out of applying to colleges so students could focus on which college would be the right match,’ Fitzsimmons said. He is leading a task force on the coalition’s membership criteria, he added, and will advocate for opening the application to all schools.”

At Ivy Coach, we firmly believe that the Coalition for Access will make it more difficult — not less difficult — for low-income, disadvantaged students from accessing highly selective colleges. The whole application process, one that will be drawn out over four years, will require more work, not less. It will require more college admissions counseling, not less. It will require more access to computers, not less. How pray tell will this serve underserved students? The logic is misguided if you ask us. Dean Fitzsimmons may have had to be a bit more political than us in his comments, since he is the dean of admissions at one of the now member institutions of the Coalition for Access, but he’s essentially saying the same thing. And that says something.