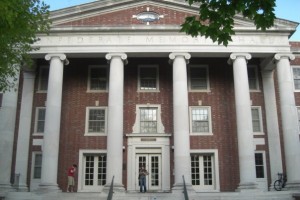 According to one surgery, Vanderbilt University ranks as the happiest college in America.

What is the happiest college in America, you ask? The Princeton Review conducted an 80-question survey of 136,000 students at colleges across the nation to figure out the answer to this question. And the college with the happiest students, according to the results of this survey is…drum roll please…Vanderbilt University. Of the other schools ranking in the top ten of happiest schools in America based on this surgery, the following are highly selective in their admissions practices: Claremont McKenna College (ranking as the third happiest school), Rice University (ranking as the ninth happiest school), and Tulane University (ranking tenth).

Yale University ranks the highest on this list of the Ivy League colleges, coming in at thirteenth. Middlebury College finished in the eighteenth slot, while Colby College finished nineteenth. Last year, “The Daily Beast” conducted a survey of its own and, of the highly selective schools, the University of North Carolina at Chapel Hill ranked as the fifth happiest school in America, while Stanford University took the second position.

Do you think a college should have been included on this list? If so, which college with happy students should have been ranked higher and why? We’re curious to hear your thoughts on the matter so post a Comment below. We look forward to hearing from you. And, while you’re here, if you’re interested in improving your odds of admission to any of these colleges — Yale, Rice, Vanderbilt, Middlebury, UNC, Stanford, Claremont McKenna, Tulane, etc. — fill out our free consultation form so we can set up a time to speak.