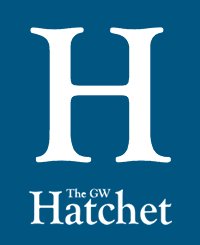 Ivy Coach has been featured in “The GW Hatchet,” the newspaper of George Washington University.

Ivy Coach was recently featured on the pages of “The GW Hatchet,” the newspaper of George Washington University. The article, written by Jeanine Marie, is entitled “As more than 80 schools personalize applications, GW sticks with Common App” and we figured we’d share it with our readers. As you might know from reading our college admissions blog, Ivy Coach has been quite critical of the Coalition for Access these last several weeks. And deservedly so.

As quoted in the piece in “The GW Hatchet,” “Taylor, the director of Ivy Coach, a private college counseling service, said he believes the group was created only to drum up positive press for the schools. Taylor said he doubted how feasible the institutions’ goals are and said the involved institutions that are part of it ‘just wanted to put out a fancy press release.’ ‘It makes these schools sound very good on the surface. It’s a completely half­-baked idea,’ Taylor said.’“In fact, they haven’t even gotten in the oven.’ Taylor pointed to individualized parts ​of the Common Application, like the personal statement, supplemental essays from each college and places to showcase the activities completed in high school as ways applicants can make themselves stand out from the rest of the pool. He added that Ivy Coach would ‘never’ advise freshmen in high school to communicate with admissions officers. ‘They’re prepubescent,’ he said. ‘[Seniors] don’t even know what they want. Students in college change their major every other Tuesday.'”

For those not familiar with the Coalition for Access, the alleged intent of the organization — and we don’t believe the Coalition’s intentions aren’t good or true — is to increase accessibility for economically disadvantaged students. But the proposal — the methodology — for how the Coalition for Access plans to attempt to even the playing field makes little sense to us. Technology, as an example, isn’t as available to students of lower socioeconomic means. And yet the proposal calls for increased access to technology. The proposal calls for ninth graders to communicate directly with admissions officers. It’s as though the folks who came up with this idea didn’t fully think it all through. And with the Coalition for Access facing a major backlash in the college admissions community, they sure are starting to realize the error of their ways. We bet they wish they had a Mulligan.