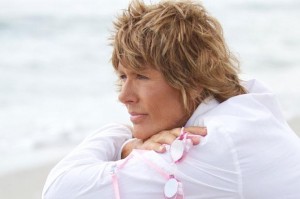 Today, we got to witness an extraordinary woman, Diana Nyad, make history by swimming from Cuba to Key West without the aid of flippers or a shark cage or even a wetsuit. She accomplished the feat not on her first attempt but on her fifth attempt. In her mid-60’s (at 64). She swam over a hundred miles (110 in fact) — from one country to another — in the open water with stinging jellyfish aplenty because she wanted to achieve a goal that had evaded her for decades. When she reached the shore, she said that she had three things that she wanted to get across: Never give up, it’s never too late to achieve your dream, and swimming out there may look like a solitary sport but it’s very much a team sport. We thought that Diana Nyad’s extraordinary achievement and perseverence could be a valuable lesson to high school students as they go about the college admissions process.

Set goals. Work to achieve them. And don’t set ordinary goals. Set extraordinary, albeit feasible goals (if your goal is to get into Harvard with a ‘C’ average, know that it’s not going to happen). If you don’t set extraordinary goals, you’re certainly not going to achieve something extraordinary. Think outside the box and devise a list of goals you’d like to achieve. Maybe some of these goals can even help differentiate your candidacy from the candidacies of thousands of other applicants to highly selective colleges. Wouldn’t that be nice? A high school student who achieves an extraodinary goal — and it doesn’t have to be as ridiculous as swimming over a hundred miles from Cuba to Florida — will impress college admissions officers. And beyond impressing admissions officers, they’ll be able to say to themselves that they achieved this goal for years and years to come. There is nothing more satisfying.

We salute distance swimmer Diana Nyad for making history today. But let us not forget that she didn’t achieve her goal right away. Movies often make it seem like goals are achieved after a short montage. But, in reality, sometimes it takes five times to do something that is truly extraordinary. We hope high school students take inspiration from Diana Nyad. We know we do.