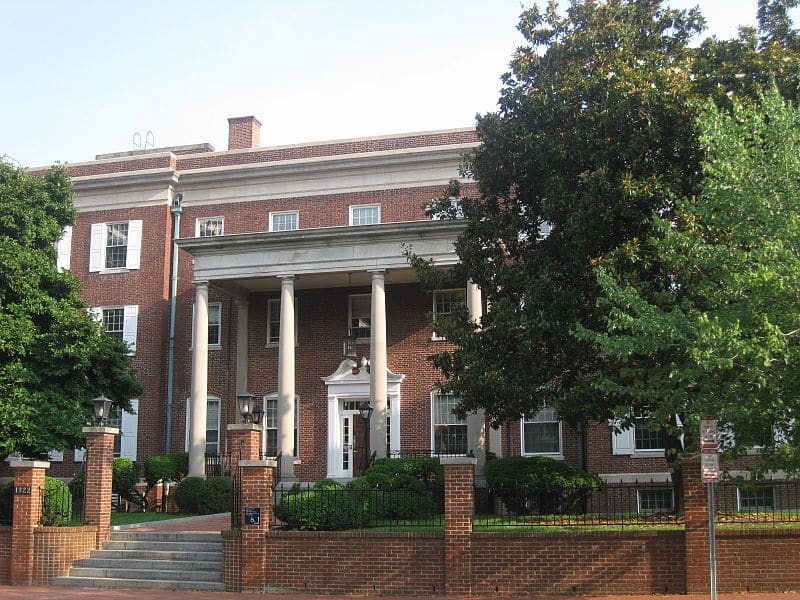 The dean of admissions at GW is stepping down. This move is about a month after it was reported that GW misreported admissions statistics (photo credit: Pjn1990).

About a month ago, it was revealed that George Washington admissions misreported data to “US News & World Report.” The misreported data had to do with class rank. GW had reported that 78% of students hailed from the top 10% of their graduating class when in fact the correct figure was 58% (a 20% difference!). The university had attributed the error to a mistake in its reporting systems. Now, about a month later, we’re finding out that the dean of GW admissions will be stepping down. So our guess is that the admissions dean may have been the “flaw in the reporting system.” Associate vice president and dean of admissions Kathryn Napper, who has held this position since 1997, will exit at year’s end.

According to “The GW Hatchet,” “Napper, who has remained out of the public eye since GW came clean on the data inflation and was unranked by U.S. News & World Report, is ‘retiring,’ according to an email to staff, confirming her resignation. She has not returned a request for comment, and since Nov. 8, has refused interviews. A staffer in the admissions office said Wednesday that Napper would be unavailable to discuss her decision to retire. University spokeswoman Michelle Sherrard told a reporter Wednesday that Napper would not return to her office that day.”

Napper is an alumna of GW and has spent 35 years at her alma mater. While the university claims the misreported data was “without malice,” it seems this personnel shakeup suggests otherwise. So often we read about schools misreporting data to move up in the “US News & World Report” rankings (hi, Claremont McKenna College). It’s time these schools stop doing this. Have a third party double check the data — those without a vested interest in the numbers. Hire Ernst & Young to verify the data. It’s that simple.