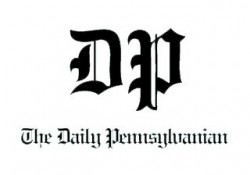 Ivy Coach is featured today on the pages of “The Daily Pennsylvanian” on the topic of geographic diversity.

Ivy Coach is featured today on the pages of the newspaper of the University of Pennsylvania, “The Daily Pennsylvanian.” A piece by Sophia Leporte entitled “For Penn’s admissions office, geographic diversity is a growing priority” chronicles how universities like the University of Pennsylvania are increasingly trying to make their incoming classes more geographically diverse. We sure don’t doubt it. Colleges love to tout that they have students hailing from all fifty states, from dozens of countries around the world. That all ends up in the press release when colleges proudly announce the makeup of their incoming classes. So it obviously matters big time. If it didn’t, they wouldn’t mention it, right?

But we believe highly selective colleges — all colleges (not just UPenn) — can do better at improving geographic diversity. We believe they can aim higher. So much attention these days is devoted to increasing socioeconomic diversity, to increasing access to the underprivileged…and rightly so! But what about students in Kentucky? There are underprivileged students there too, no doubt. As Brian of our firm is quoted in the piece, “‘Students are thinking about Penn that in the past were not thinking about Penn. High schools are appearing in our applicant pool that were not there before,’ [Dean of Admissions Eric] Furda said.  Though Furda maintained that Penn is working to become more geographically diverse, Brian Taylor, director of the college counseling practice Ivy Coach, is skeptical that efforts to increase geographic diversity have been as important to schools like Penn as efforts to increase socio-economic diversity. ‘I would guess that geographic diversity does not get as much attention as does the diversity to appeal to underprivileged kids,’ Taylor said. ‘It would definitely be intelligent for schools like Penn to try to recruit from schools where they don’t have a foothold.'”

Do you think that highly selective colleges do a great job of appealing to applicants in all fifty states and all over the world? Do you feel like they tend to pull students from the same old towns, from the same old schools at which they have relationships? Let us know your thoughts on the matter by posting a Comment below. We look forward to hearing from you!