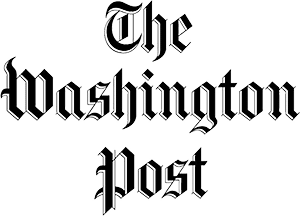 There’s a piece in “The Washington Post” on the gender gap in college admissions.

As an article on gender and college admissions by Nick Anderson in “The Washington Post” points out, “At many top liberal arts colleges, men are accepted at a higher rate than women. Examples: Vassar, Davidson, Bates, Pomona and Swarthmore. At several schools known for a focus on science and engineering the reverse is true. Examples: Harvey Mudd, Carnegie Mellon, California Institute of Technology and MIT. College officials say the admission rate gender gaps reflect the dynamics of the market — who applies, for what programs and in what numbers — not bias on the part of the gatekeepers. ‘Our applicant pool is very deep with excellent men and women applicants,’ MIT’s dean of admissions, Stu Schmill, told The Post. ‘The data don’t show that it is easier to be admitted as a woman applicant — that would only be true if our male and female applicant pools were equivalent. But the women who apply are a more self-selecting group.'” If you were wondering, that is absolutely code for it is easier to get into MIT if you’re of the female gender.

Think about it. Universities don’t want student bodies that are 80% male or 80% female. They want parity. And while the female applicant pool to a school like MIT might well be a self-selecting one, that doesn’t mean it’s not easier to get into the university if the applicant is female. Because it is easier. When tons of Indian or Chinese applicants apply to a university, it’s more difficult for individual Indian and Chinese applicants to earn admission because they’re simply not in demand. The same is true when it comes to gender at some of America’s most elite universities like Vassar, Davidson, Bates, Pomona, Swarthmore, Harvey Mudd, Carnegie Mellon, Caltech, MIT, and more.