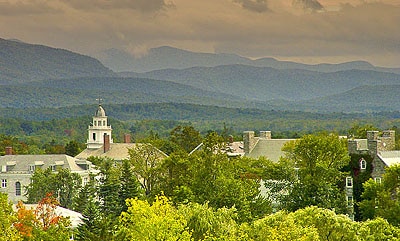 Middlebury is one of several colleges that tends to attract slightly more female than male applicants (photo credit: Dogstarsail).

There’s a piece in “The Charlotte Observer” on the role of an applicant’s gender in highly selective college admissions that we figured we’d share with our readers. As the piece points out, females supplanted males as the predominant gender on college campuses across America. Indeed women now comprise 57% of American college students. So being as it’s not 50-50 anymore, many folks wonder if there is an advantage to being male in highly selective college admissions. The answer is that at certain schools, it sure can be. But there are also advantages to being female. Considering applying to an engineering program? Well, there’s a well documented dearth of female engineers. That’s a reality.

As detailed in the piece in “The Charlotte Observer” on the gender gap on college campuses, “Among the elite institutions offering men a significant edge are George Washington, Tufts, and William & Mary, where gentlemen enjoy a stunning 14 point advantage over young women. Vassar features admit rates for men that are nearly twice that of female applicants. Many other highly selective institutions offer a more modest advantage to men including Brown, Pomona, Vanderbilt, Tufts, and Middlebury.” And indeed we confirm these findings.

So does this mean that you should apply to Middlebury if you’re a male just because you’re a male? No, that’s ridiculous. Apply to Middlebury because it’s a wonderful school, probably the very best in the country for the study of foreign languages, and surely it’s one of the most physically stunning too. Don’t apply to a school based on this kind of male/female ratio data alone. But it is certainly worth taking into account if any of the aforementioned schools are schools you’re interested in attending.