First in Families to Attend College 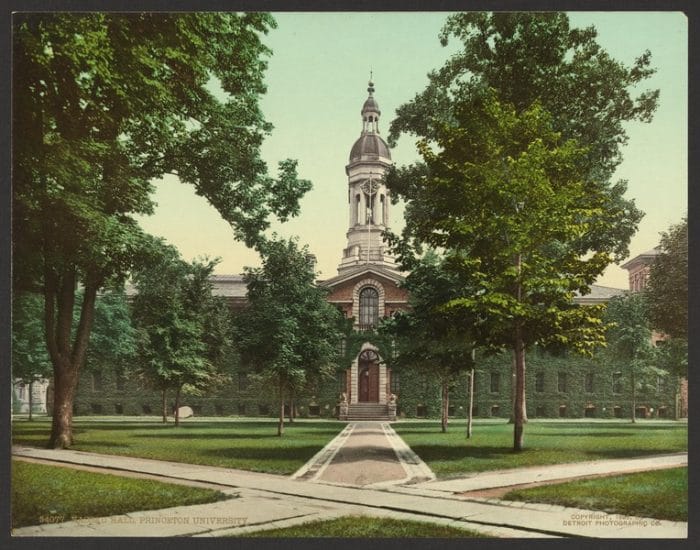 Princeton takes great pride in admitting students who will be first-generation college students.

Students who will be the first in their families to attend college are among the most coveted groups in highly selective college admissions. But certainly this wasn’t always the case. In fact, just a few years ago, the Founder of Ivy Coach, Bev Taylor, appeared on “Huffington Post Live” and when the moderator asserted that our nation’s most elite schools aren’t exactly looking for low-income students, that they’re essentially only seeking out the privileged, she interjected and corrected his misconception. Highly selective colleges — including the most elite of elite universities — absolutely are seeking out students whose parents and grandparents never attended college. The Princetons and Harvards and Dartmouths of today are not the Princetons and Harvards and Dartmouths of yesterday — and that’s a great thing! These schools endeavor to serve as springboards to socioeconomic mobility in America. And what springboards they are!

There was a beautiful segment tonight on CBS’ “60 Minutes” that featured Bill and Melinda Gates as well as Princeton University’s president Christopher Eisgruber. The piece focused on a group of Gates Scholars who were able to attend college thanks to the generosity of The Gates Millennium Scholars Program, a program funded by The Bill & Melinda Gates Foundation. This group of students, largely low-income, underrepresented minority young people, received letters in the mail prior to attending college informing them that their college educations would be paid in full. Bill and Melinda Gates see these young people as our future. They see their scholars program as an opportunity to help foster an American meritocracy. And boy oh boy is their work incredible!

But the segment really got good when CBS’ Bill Whitaker interviewed Princeton’s president. The two combed through old Princeton yearbooks. In the older yearbooks, it was largely white, male face after white male face. And then as the years would tick on, there would occasionally be an African American face, a Native American face, even ultimately female faces. The transformation of the Princeton student body has been dramatic and it’s on full display in the school’s annual yearbooks. When Whitaker asked a group of first-generation, low-income Princeton students what they thought a Princeton student from many years ago would think of them, they pointed towards the future and indicated they hoped a class twenty years from now would be different from a class twenty years earlier.

And while highly selective colleges love to tout the percentage of students in each admitted class who will be first-generation college students, we hope colleges take as much pride in the resources they provide to these young people. A number of these students reported feeling overwhelmed when they first stepped foot on Princeton’s historic campus. They shouldn’t feel overwhelmed. They deserve to be there just like all other admitted students. And it’s nice to see a school like Princeton not only welcoming them into the school by admitting them but really welcoming them by offering specific programs specifically designed to help first-generation students adjust to campus life.

Ivy Coach salutes Princeton and all other highly selective colleges for appealing to low-income, first-generation young people. May colleges continue to pride themselves on admitting waves of these young people for many years to come!