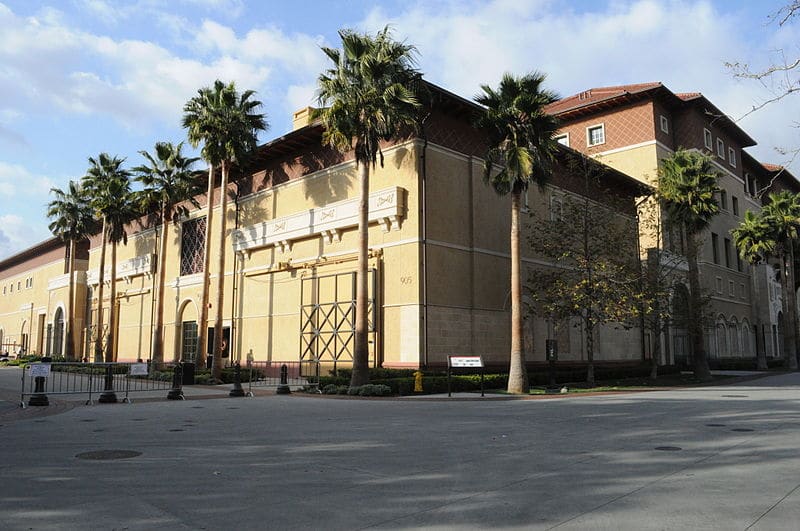 It is our firm and unequivocal belief that film school is entirely overrated (photo credit: Joe Mabel).

Can and do we help students each and every year earn admission to the top film schools in America — at schools like NYU and USC? You bet we do. But we’d be doing our students and their parents a disservice to not first share with them how film school isn’t all it’s cracked up to be. In short, you don’t have to study film to work in film. In fact, you can learn a whole lot more working on a set for a week or sitting in a writer’s room for three days than you could in four years of studying under (mostly) out-of-work or retired filmmakers, screenwriters, and more. Are there exceptions to this latest statement of ours? Sure. There are of course some very successful people who still work quite successfully in Hollywood and simultaneously teach at film schools. But we’d argue it’s the exception, not the rule.

Think about it this way. All else being equal, would you hire the Princeton University graduate as a production assistant or the Chapman University film school graduate? …We thought so.

We’d also argue that going to a film school can hurt your upward climb in Hollywood. After all, someone who didn’t have the luxury of going to a USC or an NYU film school but knows a whole lot more about film or TV than a recent film school graduate might be more inclined to hire the Yale or Princeton graduate than the USC film school grad who touts her love for the cinema but lacks an understanding of that which is, say, marketable.

We can go on and on with arguments against film school. Ok, we’ll add one more to our chorus. You twisted our arm. When you go to film school, you don’t really have a specialty. Study chemistry in college and you might come away with a whole lot of information that can be valuable to a writing staff of, say, “Breaking Bad.” Study psychological and brain sciences and you might be able to pitch a TV show about a neurosurgeon turned medical examiner — as Brian of our firm did when he pitched ABC’s “Body of Proof.”

But while we might be against film school, there can indeed be certain advantages. As an example, it was announced yesterday on “Deadline” that producer Aaron Kaplan recently started a program at his alma mater, USC, that helps a limited number of graduates land their first paid job in the entertainment industry. The first-paid job, that foot in the door, is often the most difficult so yes indeed — we’ve provided a counterpoint to our argument against film school. But we’ll still tell you any day of the week that you’d be nuts to go to a film school over a school like Princeton or Yale. Nuts. Ok, we can’t help it. We have to bookend with one more thought on film school…what happens when these film school graduates who are lucky enough to get these entry-level jobs in the entertainment industry subsequently wish to change careers? That film degree doesn’t exactly carry much weight.