About two years ago, President Obama proposed jumpstarting a federal college ranking system. Earlier this year, “The Yale Daily News” ran a story on the subject in which Ivy Coach was referenced. The federal ranking system of colleges was supposed to be based on a college’s accessibility to low income students, its affordability, and the subsequent employment rates of graduates. And supposedly the government intended to supply more federal aid to those colleges that ranked well in this federally ranked system. But of course the proposed federal ranking system received much criticism. And in July of this year, “The Los Angeles Times” reported that this proposed system was essentially kaput, as we relayed to our readers. 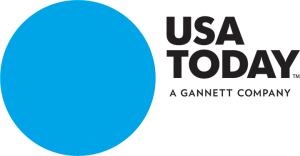 “USA Today” reports on a federal college database in the works.

But it seems there’s been another reversal of course, as reported by “USA Today.” According to a piece by Ryan Lasker for the publication, “The White House announced on Saturday that it has re-entered the business of helping students find their dream schools with the roll out of an updated online hub of information about colleges. The White House Scorecard aims to give students and families a more objective look at universities than other websites that rank institutions, the release said. The relaunched College Scorecard adds more forward-looking data to the controversial website that officials abandoned in June, like estimated salary outlooks for six and 10 years after students enroll in schools. The updated system continues to provide information including tuition costs, financial aid opportunities, degree plans and some admission requirements, just like the previous Scorecard site. Eleven other federal organizations are also going to pull information from the Scorecard, including PayScale, a salary database that ranks returns on investments for college educations, the release said.”

Apparently President Obama didn’t want to wade into the college ranking waters, waters that “US News & World Report” dominates. In fact, the publication released their 2016 college rankings just this week. Maybe he thought the federal government wouldn’t gain any traction in this arena. Or maybe he thinks this new website is the answer. The Secretary of Education called the notion of the first website “more than a little silly.” Let’s see how this new version of a website turns out for the federal government. We’re eager to check it out.