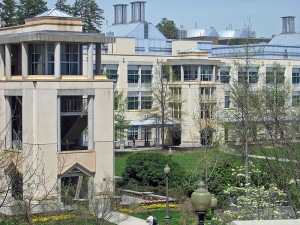 Some students posted negative comments about the Supreme Court’s decision in the DOMA case on the university’s Facebook page.

Duke University has had its share of scandals in recent years. From the Duke University lacrosse case to the Duke senior who wrote her own version of a “college thesis” by making a PowerPoint presentation on her exploits with Duke basketball, soccer, football, lacrosse, and baseball athletes among others, Duke tops our rankings among highly selective universities when it comes to schools that are used to scandal. Relations between residents of Durham and Duke University have never been particularly strong and allegations of racism at Duke date seem to pop up every few years.

Recently, the Supreme Court of the United States overturned the Defense of Marriage Act (DOMA), a federal law passed under the Clinton administration that allowed states to refuse to recognize same-sex marriages performed under the laws of other states. Justice Anthony Kennedy, the all-important swing voter, wrote the majority opinion striking down the law that was on the books of our country for far too long. But on the Duke University FB page, some Duke students chose to post negative comments as a reaction to the Supreme Court’s decision in the case. Some Duke students, matriculating students, and applicants saw these comments and it has influenced their opinion of the university.

The fact is that there are going to be people like this at just about every university in the country and just because a few chose to post on Duke’s Facebook page doesn’t mean this is the majority opinion on the campus. We highly doubt this to be the case. Is it wrong to support DOMA in our opinion? Of course it is. It was a discriminatory law that had no place in our great country. But you shouldn’t not like a university because of a few bad apples who don’t believe in equality for all. And, by the way, these comments are no longer visible on the Duke FB page anyway.