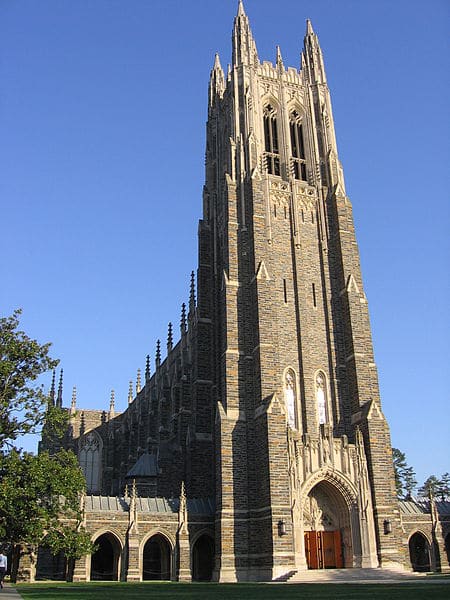 Ivy Coach salutes Duke’s admissions office for telling it like it is.

Some admissions officers tell it like it is. And some tell it like it isn’t. Most, in our experience, fall into the latter category and so we always make a point on our college admissions blog of pointing out the folks who speak the truth about the admissions process even if it doesn’t serve their university. Of course, lower level admissions officers aren’t really able to speak such plain truth since holding the party line is, well, their job. But sometimes deans of admission at elite universities have moments in which they publicly let it slip that their school is not, say, actually need-blind or maybe they had every intention of telling this truth (or other truths). There are indeed some deans of admission at elite universities who have a habit of telling the truth. Eric Furda of the University of Pennsylvania and Christoph Gutentag of Duke University are two prime examples and we have lauded them for such truth-telling time and again on the pages of our college admissions blog. Heck, we’ve even flagged this duo as heroes of our blog (there are villains, too!).

To appreciate how Cristoph Guttentag sets the tone of truth-telling at Duke, one need look no further than Duke’s admissions website. On the site, Duke presents myths about the admissions process at the school and then follows each myth up with the truth of the matter. As an example, the Duke admissions office writes, “Myth: The Early Decision process is more competitive than Regular Decision. Fact: While some schools make this claim, at Duke we appreciate that we are your unquestioned first choice. There’s an advantage in applying early to Duke—last year we admitted 23.5% of our Early Decision candidates and only 8.7% of our Regular Decision candidates. There are students for whom applying Early Decision can make all the difference.”

Now, most admissions officers don’t actually suggest that it’s more competitive in the Early round as compared to the Regular round. But they do often suggest that it’s no easier to get in during the Early round than it is during the later round. And that’s simply untrue. It’s always easiest to get in Early. That’s a big part of why the Early choice of a college applicant matters so very much. As Duke makes clear, 23.5% of ED candidates last year got in, while only 8.7% of RD candidates earned admission. The Early advantage, contrary to the claims of Frank Bruni of “The New York Times,” is a big one!

Oh and what does Duke have to say about the notion that students who need financial aid would be best served applying Regular Decision so they can weigh various financial aid packages? As we’ve long articulated on our college admissions blog, that’s ridiculous! As the Duke admissions website states, “Myth: I’ll have to commit to attend Duke without knowing if my family can afford it. Fact: Duke commits to meeting full demonstrated financial need for every admitted student, and there is no financial aid advantage or disadvantage in applying Early Decision. You can learn a great deal about our financial aid practices and get an estimate of your financial aid award by using the Net Price Calculator on our Financial Aid website. If you are admitted and fill out the required forms by the appropriate deadlines, you will receive your need-based financial aid package at the same time you receive your admissions decision.” Well said, Duke University! The admissions office is clearly taking after the example of its longtime leader, Christoph Guttentag, and we salute the school for their candor!