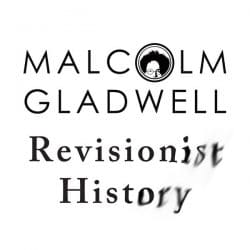 We know we’re a bit late to the party with our comments on Malcom Gladwell’s three-part series related to colleges and college admissions on his “Revisionist History” podcast but we figure better late than never, right? His July 2016 episode entitled “My Little Hundred Million” is wonderfully entertaining and we found ourselves nodding our heads in agreement on virtually ever point the man who invented the pop psychology section in bookstores raised. The piece focuses on a man by the name of Hank Rowan who donated $100 million not to Harvard or Stanford but rather to a small public institution in Glassboro, New Jersey (that university, these years later, is now named after him — Rowan University).

So why did Hank Rowan bequeath much of his fortune to a small, little-known school in his native New Jersey rather than to a school like MIT (his alma mater)? Because, as Malcolm articulates, he thought it would make a difference. As Rowan thought, donating to one of America’s most elite institutions wouldn’t make much of a difference. $100 million towards a $22 billion endowment? A proverbial drop in the bucket. But a $100 million donation to a school that has, say, a $1 million endowment? Now that’d make an impact. And that’s precisely what Hank Rowan did. Malcolm Gladwell admires Hank Rowan for this act and we do too.

But Gladwell wonders why others haven’t followed Rowan’s lead, why he was the exception and not the rule? How come so many of the largest donors in recent years have essentially all donated to the same schools with already robust endowments? Why are they helping the rich get richer? Gladwell even interviews the then-president of Stanford University, John Hennessy, a man who was charged with soliciting the donations of billionaires like alumnus Phil Knight, the co-founder of Nike. And the author is astounded that the president of Stanford believes the university could always use more money, that no amount of money is ever enough.

Here’s where we both agree and disagree with Malcolm. We agree that a $150 million donation to Stanford to start some elite graduate school program that caters to a select set of students seems a bit like money not well spent — that this money would be better served at a university that really could benefit from that major donation. Like Rowan University — where so many students, aspiring engineers, are from the New Jersey area, the children of blue collar workers who couldn’t afford to send their children out of state. Such a donation could help bring up the middle class, to give them more and better opportunities in engineering. But when Malcolm kept pressing the Stanford president, essentially asking him how much is too much, Hennessy had a good response — that he could always find good use for more money, like in the biomedical sciences. He’s right. No amount of money is too much to fight, say, cancer. And we stand with our former Vice President Joe Biden — the cure for cancer should be a key American focus in this young century. Our guess is that the next major advances in cancer research, advances that happen every day, will be coming from schools like Stanford rather than Rowan University. So while we appreciate Malcolm’s argument, we also appreciate Hennessy’s counterargument. Neither is incorrect.

But the podcast really gets good when Malcolm — in trademark Malcolm fashion — ties in something seemingly incongruous to make his argument: sports. Soccer and basketball, specifically. Malcolm articulates that soccer is what he calls a “weak-link” sport, while basketball is a “strong-link” sport. In soccer, Malcolm argues (based on the analyses of sabermetricians) that winning a game often comes down to one team making a mistake or two. After all, soccer games are usually won by a goal or two. And those mistakes are quite often made, as the data suggests, by the weakest players on the field, not by the stars. So if soccer teams were truly interested only in winning (and not in selling jerseys, attracting fans, etc.), they’d invest in improving their weakest players rather than in courting superstars like David Beckham. Basketball, however, is a “strong-link” sport, meaning that it’s superstar driven. Winning comes down to having a LeBron, a KLove, and a Kyrie on the team. It’s why NBA teams chase the big names in free agency. As the data suggests, they’re right to do so.

And how does any of this seemingly incongruous information relate? Because, as Malcolm argues, by donating to a small public school in New Jersey, Hank Rowan demonstrated his support for the “weak-link” argument, that our country will be better off if we help those who need our help rather than help those who are already well-off. Hank Rowan essentially preferred soccer to basketball — in a nation that clearly has a penchant for supporting basketball over soccer. The donors to Stanford and other such elite institutions, as Malcolm argues, they’re believers in the “strong-link” argument. They’re all about basketball.

At Ivy Coach, we see the merits in both the “strong-link” and the “weak-link” arguments. We understand why folks like Phil Knight make donations to schools like Stanford. But we also appreciate why Hank Rowan made his donation to a small public school in New Jersey. And, yes, our nation benefits from the Phil Knights and the Hank Rowans.

We at Ivy Coach appreciate the value of both the “strong-link” and the “weak-link” arguments. We understand why folks like Phil Knight make such sizable donations to institutions like Stanford that already have such robust endowments. An end to cancer, which can be within our grasp, and other advances of the sort — it’s likely coming from an institution like Stanford University rather than Rowan University. And we want more than anything to end cancer. So why wouldn’t we wish to donate to a school like Stanford, an institution that stands on the battlefield in the fight against cancer? Do we wish donors would demand their donations be earmarked for such causes as biomedical sciences rather than, say, a political science graduate research program? Sure, no offense to political science, which we chose here at random. But we also understand the importance of offering an outstanding education to young men and women who pursue their college educations at local public schools like Rowan. We appreciate the importance of teaching these young men and women important principles of engineering so they can become vibrant members of our American economy.

So, we’re clearly torn. And to those folks thinking: “But Ivy Coach, don’t you, like Stanford, help the rich get richer? Are you really torn?” Yes, we are. We understand that our fees preclude many middle and low-income families from working with us. We make no apologies for our fees. These are the fees we command for our expertise, for our track record of helping students earn admission to the colleges of their dreams. We are an American business. America is a nation built on capitalism and Ivy Coach is a great entrepreneurial success story — a company begun by a high school counselor on Long Island who saw that high school students weren’t getting enough — or the right kind — of guidance in the highly selective college admissions process. But, like many businesses, we compensate. Remember that Tom’s Shoes, a company made famous for their shoe donations across Africa, is also, at the end of the day, a business. For many years, we helped low-income and middle-income students on a pro bono basis and some time ago, we decided to offer our pro bono services exclusively to some of our veterans of America’s armed forces. We’re proud to serve the members of the military we have the chance to work with each year on a pro bono basis. We guess it’s our way to show our support for both soccer and basketball. Indeed our feeling of being torn after listening to Malcolm’s podcast is reflected in the very fabric of our business.

Do check out Malcolm’s always entertaining podcast, including his controversial episode on Vassar College and Bowdoin College (we’ve included Bowdoin’s response to the episode too). And do let us know your thoughts by posting a Comment below. We look forward to hearing from you.