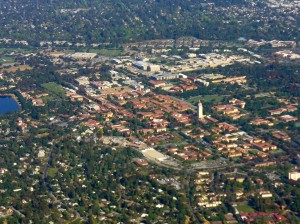 If you have no affiliation with a college such as Stanford and no history of donations there, your sudden donation when your kid is applying isn’t going to do you any good…if what you’re expecting is they’ll return the favor by offering your kid a spot (photo credit: JRissman).

A number of folks have called us of late with questions related to donating to highly selective colleges. Their usual question is how much would it cost in terms of donation dollars to secure their child — or their employer’s child — into the college of his or her dreams. Recently, someone called us and asked if a donation of $500,000 to Stanford would guarantee a spot for the parent’s child. In all seriousness. That’s the funny part. So what’d we tell this parent, you ask? We told this parent that a donation of $10 million would secure him a very nice “thank you” note from John Hennessy, president of Stanford University. But that a $10 million donation would still not guarantee the parent’s child’s admission to Stanford. Not by a long shot. Additionally, such a donation would have to be made without any contingencies. But when we told the parent this last part, the parent didn’t understand. Oh well.

You cannot buy your way in as an outsider to highly selective colleges such as Stanford. Can Melinda Gates help a student gain admission to Duke University? You bet. But Melinda Gates is no outsider to Duke University. She’s the ultimate insider, right next to Coach K. Similarly, if your last name is Rockefeller and you want to donate money to Stanford to help your child gain admission, of course it’ll benefit your child’s chances of admission. But was your child’s admission really in doubt anyway? Likely not, Mr. & Mrs. Rockefeller. For those who have no affiliation with the college to which they now suddenly want to donate money and for those with no history of contributions to this school, money is not going to help. And that’s a very good thing!

Even if you do have an affiliation or a history of major donations, there’s still no guarantee that your kid is going to gain admission. There are plenty of donors whose kids don’t get in. You know what happens next? They stop donating. The kid still doesn’t get to go to school there…

And, while you’re here, check out this article in “The Stanford Daily” that our Founder, Bev Taylor, is quoted in on the subject of connections and admission.