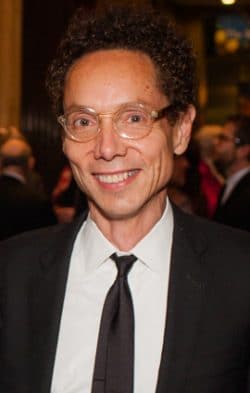 Do you believe, like Malcolm, that 10,000 hours is the magic number of greatness (photo credit: PEN American Center)?

At Ivy Coach, we help each of our students develop an admissions hook. The vast majority of students come to us interested in lots of things. Maybe they play a few sports, a few musical instruments, and volunteer in a host of activities. So many parents in particular write us to brag about all of the activities their children are involved in. But what these parents don’t seem to get is that this is not what highly selective colleges want. They don’t want the well-rounded student who does all sorts of things. They want the singularly talented student — the student who excels in one specific area. That is a student with a hook.

Malcolm Gladwell taught the world in his book “Outliers: The Story of Success,” “Ten thousand hours is the magic number of greatness…you need to have practiced, to have apprenticed, for 10,000 before you get good.” In fact, this quote is on Ivy Coach’s homepage. We follow it up with a line of our own: “Playing three sports, each for a few hours a week, isn’t going to get you into a top college. Listen to Malcolm.” We wholeheartedly stand by this premise. But we would like to point out that some folks disagree with this simple assessment by the renowned author of getting good at an activity, including a researcher whose studies Malcolm based his argument on.

As this man, Anders Ericsson points out, “Malcolm Gladwell read our work, and he misinterpreted some of our findings. We [studied] violinists who had been at an international academy [and were] viewed as being on track for international careers. When we estimated how many hours they had spent working on trying to improve their performance by themselves, we came up with an average, across the group, of 10,000 hours. But that really meant that there was a fair amount of variability. I would argue that the key thing that people have misinterpreted is that it’s not just a matter of accumulating hours. If you’re doing your job, and you’re just doing more and more of the same, you’re not actually going to get better. There’s a lot of research to really prove that.”

So basically, if you’re a swimmer and you’re swimming breastroke every day with bad technique, you’re not going to become the next Brendan Hansen, a great American Olympic breastroker. Obviously! We actually back up Malcolm on this one. Of course Malcolm would assert you can’t be swimming poorly every day, even if your swimming does add up to 10,000 hours, to get good. It kind of goes without saying, one would think.

While you’re here, read what Malcolm has to say about the Ivy League. We don’t always agree with him…