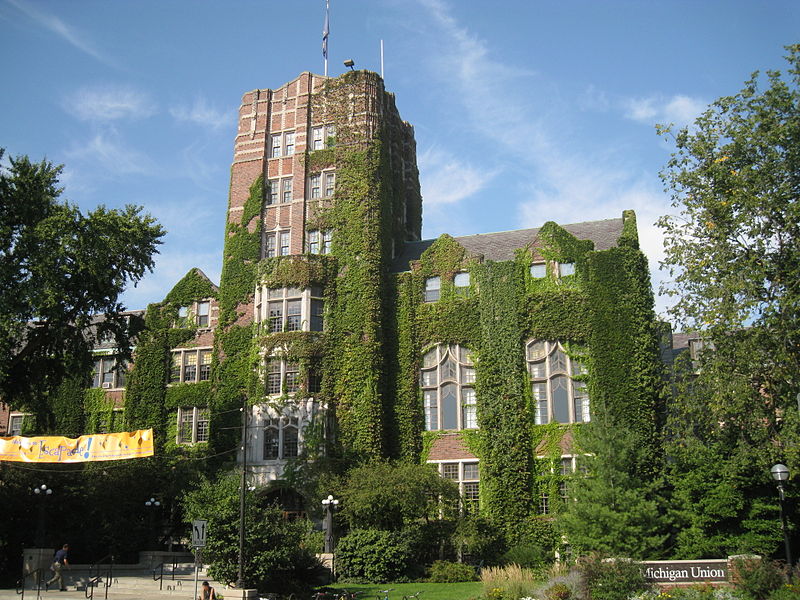 Apparently Suzy Weiss will be attending the University of Michigan. At least she alluded as much on “The Today Show.”

We figured we’d post one last time about denied college applicant Suzy Weiss since our posts about Suzy are among the most popular on our blog of late. If you’re not already aware of who Suzy Weiss is, Suzy wrote an editorial in “The Wall Street Journal” in which she bitterly complained about why she didn’t get into Ivy League colleges. In her editorial which she tries so hard to make funny (albeit unsuccessfully), she includes sentences that we interpret as racist and homophobic. As one example, Suzy writes, “I should’ve done what I knew was best — go to Africa, scoop up some suffering child, take a few pictures, and write my essays about how spending that afternoon with Kinto changed my life.” Her cavalier attitude as she describes a suffering child in Africa is rather disgusting. And Kinto? We can’t help but believe that she is making a mocking reference to Kunta Kinte, the brave man at the heart of the epic miniseries “Roots” captured in Africa and brought to America as a slave. And as for having two moms, Suzy, we take it that you know next to nothing about the history of the gay rights movement in this country. Because if you did, you likely wouldn’t make jabs at the children of gay couples.

What we’ve learned since we read Suzy’s awful editorial is that Suzy likely didn’t get her piece in “The Wall Street Journal” all on her own, on her own merits. It seems that Suzy’s sister worked at “The Wall Street Journal.” According to her “Wall Street Journal” biography, “Bari Weiss was an assistant editorial features editor at The Wall Street Journal. She was a Bartley Fellow in 2007. Born in Pittsburgh, she graduated with a degree in history from Columbia University in 2007. She’s previously written for Ha’aretz and the New York Sun.” Uh huh. Seems to us like your sister had a hand in getting you in the paper. But we take it that you’re against legacy admits? And athletes? And the children of development cases? And anyone who had a little help to get into the college of their dreams?

If that’s the case, Suzy, you probably should have gotten an editorial into “The Wall Street Journal” without your sister’s help. We believe that the Ivy League schools to which Suzy applied were right to deny her admission. As she describes herself, she doesn’t sound particularly talented. And who wants a student on campus who writes things that can be interpreted as racist and homophobic?