Delusions of Grandeur and College Admission 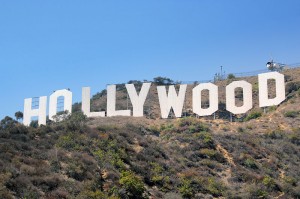 In Hollywood, there are a ton of people who think they’ve written the next great movie or television script. They think the script about the greatest love story never told or about a monkey in space or the story of a high school basketball team that learned to play together will be the next big box office sensation. We suspect you’re smart enough to realize that the vast majority of these folks are utterly delusional. They’d be lucky if their parents read their script about the monkey in space, much less a major movie studio. So how do these delusions of grandeur relate to highly selective college admissions? That’s easy. High school students and their parents have delusions of grandeur when it comes to the college admissions process, too.

Many high schoolers (and particularly their parents) think that they should easily be able to get into Stanford. In spite of their B+ average and mediocre SAT scores. Why? Because they are somewhat decent at volleyball. Good enough to be recruited? No. But decent. And they volunteer in a host of activities from Key Club to serving soup at a homeless shelter. That’s nice of course — if they’re doing this out of the goodness of their heart rather than with an eye towards college admissions (it wouldn’t much help anyway and could even hurt) — but this student has very low odds of ever getting into Stanford because, frankly, this kid just isn’t special enough in the highly competitive world of college admissions.

Parents need to recognize that their students are those Hollywood scripts. They’re not all as special as you think they are. The sooner that you realize this, the better experience you’ll have as your child applies to highly selective colleges. So many parents think that their kid is really special. And some are. But most aren’t. And most won’t be getting into the top colleges. Just like most aspiring screenwriters will never write a script that sells, much less gets made. Delusions of grandeur have no place in college admissions.