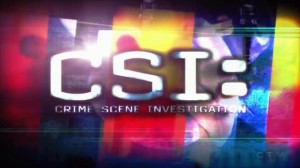 Dare to pass is a mantra we repeat over and over again to our students. And it’s a mantra inspired by the creator of the “CSI” franchise.

Anthony Zuiker is the creator of the “CSI” franchise. While “CSI” may seem like a tired franchise now aimed at older viewers on CBS, in the early part of this 21st century, it was considered truly revolutionary TV. When Zuiker pitched the show to network executives, he used vivid imagery to demonstrate the show’s now widely known and widely emulated device (e.g., watching a bullet pierce through the skin as we get a close-up of the bullet cutting through the body at the cellular level). And network executives passed, notably ABC, the network affiliated with the show’s then sister studio, Touchstone Television (now known as ABC Studios). So what’s the point of this story in the context of our college admissions blog? Well, network executives may have passed on Zuiker’s pitch, but that pitch ended up becoming a seminal television show of the 21st century. And Zuiker, ever the iconoclast, chose to name his production company “Dare To Pass.” We’re confident you understand his motivation.