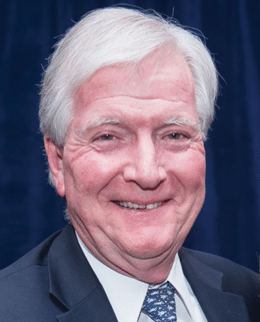 Ivy Coach is featured in “The Hoya,” the newspaper of the alma mater of Patrick Ewing, Dikembe Mutumbo, Alonzo Mourning, and Allen Iverson. For those non-basketball fans, their alma mater is Georgetown University. The article by Aly Pachter in “The Hoya” is entitled “GU Declines New Admissions Group” and, of course, we shared our always candid opinions with the greater Georgetown community. Georgetown declined to be one of the member institutions of the Coalition for Access and as Pachter writes, “Dean of Undergraduate Admissions Charles Deacon said Georgetown will continue to use its separate application system, explaining that the coalition makes applying to colleges more complicated and less helpful to low-income students.”

And what do we think about what Georgetown’s Dean of Undergraduate Admissions has to say about the Coalition? We can sum it up in one word. Amen. The man is right. The whole purported objective of the Coalition for Access is to increase accessibility for low-income, disadvantaged students. But its very design makes it more difficult for these students. To us, it makes absolutely no sense at all.

The article goes on, “Although Taylor acknowledged that the coalition would likely benefit the private college counseling business, he stressed that underprivileged students often do not have access to private college counselors. Taylor said the coalition’s program for college applications contradicts its stated goals of helping low-income students. ‘The whole objective of the coalition is to improve access for underrepresented minorities and for low-income students. And that’s great. Lots of colleges, lots of highly selective ones, love that. Georgetown, of course, wants to appeal to disadvantaged students and to people who come from high schools where they don’t actually have great college counseling,’ Taylor said. ‘But, the proposal for the coalition doesn’t address that at all. In fact, it does the complete opposite.'”

And so, to Charles Deacon, Georgetown’s Dean of Undergraduate Admissions who defiantly stood up to the Coalition for Access (and refused to join), we say bravo. Ivy Coach salutes Georgetown’s Charles Deacon for speaking the truth, even if it makes him unpopular among a select few.