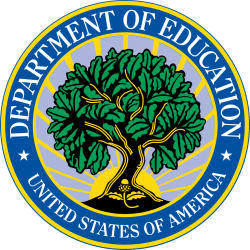 If you have a criminal history and are seeking to earn admission to a highly selective college, today could mark the start of a turning tide in college admissions. The United States Department of Education is in favor of colleges not asking applicants about past criminal convictions. Indeed today, the Secretary of the U.S. Dept. of Education, John B. King Jr., announced on the campus of UCLA that colleges should get rid of any potential barriers to admission for students seeking college educations who have previously been arrested.

As stated in the press release put out by the U.S. Department of Education, “‘We believe in second chances and we believe in fairness,’ U.S. Secretary of Education John B. King Jr. said. ‘The college admissions process shouldn’t serve as a roadblock to opportunity, but should serve as a gateway to unlocking untapped potential of students. As nation we must work to make that commonplace. We must ensure that more people, including those who were involved in the criminal justice system in their past but paid their debt to society, have the chance at higher education opportunities that lead to successful, productive lives, and ultimately create stronger, safer communities.'”

If you were the parent of a student on a college campus, would you want to know if there were convicted criminals on that very campus? Likely so.

We’ve written rather extensively over the years about the disciplinary question in college admissions. But a student being disciplined by a school and a student having a criminal background are two very different things. While in theory we support the stance of the U.S. Department of Education — we too believe in second chances, in redemption — we also believe colleges should know if they’re admitting students who have committed serious crimes. After all, people who commit serious crimes are more likely than are people who have never committed serious crimes to commit serious crimes again. We want students and their parents to feel that college campuses are safe. And while this seems a laudable stance by the U.S. Department of Education, we’re not so sure we stand behind it. Do you?