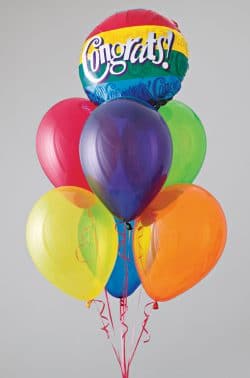 Mazel tov! Félicitations. 恭喜. Glückwünsche! Felicidades! Congratulations to our Ivy Coach students around the world on their offers of admission to some of America’s very best universities!

Updated to Reflect Our Stanford Regular Decision Admits: Congratulations to our Ivy Coach students who earned admission to our nation’s best universities this year in both the Early Decision / Early Action round as well as the Regular Decision round.

And are there certain Ivy League and other highly selective colleges that year after year enroll more of our students than others? You bet. While some things change from year to year, there are certain schools that annually admit — and enroll — many of our students. But of course even these schools don’t know because we wouldn’t be very good at our work if colleges knew our students had help. What admissions officer on this planet roots for a kid whose parents paid a consultant to help them earn admission to the college of their dreams? None. A good private college consultant works exclusively behind the scenes.

But we’ll give our readers a list anyway on this day after Ivy League Decision Day. There are some years we worry more than others on the day(s) the Ivy League schools roll out Regular Decision notifications. But we never worry too much because we know our students have given themselves the best chance possible of admission. And this year, we weren’t worried very much at all because our students had either already earned admission to top choice schools in the Early round or days/weeks earlier in the Regular Decision round or they received Likely Letters from Ivies (which are equivalent to offers of admission). With one exception. We were worried about one student this year on this day. This student didn’t know we were worried because we didn’t want the student to have any unnecessary worry. But after this student earned admission yesterday to multiple Ivy League colleges, our worries vanished. We even told the student how worried we were and the student laughed. Clearly we were more worried than the student.

Our very favorite acceptances are always the ones in which admissions officers include handwritten notes. Sometimes our students just tell us they got in without sending us the letters only to flippantly say, “Oh and there was a note.” We love those notes! Show us those notes!

And some folks ask us each and every year a version of: “If you had to pick one school that became more difficult to get into this year, which would it be?” For 2016-2017, the answer is — without a doubt — Northwestern University. And with the Wildcats’ first trip to March Madness this year, we anticipate Northwestern will become even more difficult next year. Because, yes, how far a team advances in March Madness impacts applications the subsequent admissions cycle.