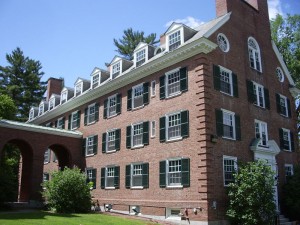 Having an issue with the Common Application this year? Know that you’re not alone.

This support team of 35 has proven that they’re not exactly on top of even these preliminary issues we’ve encountered early on in this college admissions cycle so we can’t imagine what’s going to happen on a deadline day when hundreds of thousands of students end up submitting their application at the last minute.

These are just some of the current issues we’re experiencing and hearing about:

1. Students are filling out help tickets but not getting responses. The officials at Common App. are saying that the students are receiving answers, but the emails are getting caught up in their spam filters.

2. There’s no “save” button so when the Common App. shuts down by itself — and it does quite often — all recent work is lost.

3. In the boxes for the cut and paste essays, there are no tabs to indicate new paragraphs and the CA4 does not allow the user to double space between paragraphs, so you wonder how a reader is going to fully appreciate your essay when 650 words are all clumped together in one paragraph.

9. It seems as if the Common App. isn’t designed to know when a student already submitted an application to a particular college because a student can submit more than one application to that same college just by clicking again on the submit button.

10. Once a student pays the application fee, verification of that payment is not immediate and so the student doesn’t know if the payment actually was submitted. The Common App. also doesn’t seem to stop a student from paying more than once for the same application.