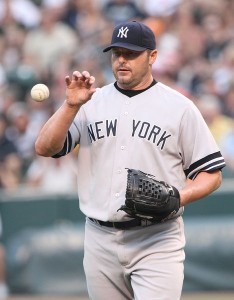 Jose Canseco juiced. As did Roger Clemens and Barry Bonds. And they all got caught. But these guys and Lance Armstrong aren’t the only juicers. Highly selective colleges are juicers too. That’s right. They’re juicers. We’ve been saying it for years, but we’ll say it again right now. There’s an article up on “Bloomberg” by Janet Lorin entitled “College Admissions Racket: They’re Not Going to Let You In Anyway” that we figured we’d discuss on our college admissions blog. The article focuses on how colleges want to increase their application numbers so much that they go to rather extreme means in order to do so.

We’ve been rather critical of colleges that have extended their deadlines this year being as they extended these deadlines for no plausible reason. We understand if a college extends its deadline because of a major storm or because the Common App. isn’t functioning properly (like in the Great Crash of 2013). But this year, the colleges that extended their deadlines clearly did so simply to encourage more students to submit applications. After students have finished up and submitted all of their other applications, these colleges figure they’d take a little breather and then have a burst of energy to submit one more application. It’s a good theory. There’s a reason they extend deadlines. It clearly works. Just as Barry Bonds was able to hit more home runs and Roger Clemens was able to throw more strikeouts, colleges secure more applications by extending deadlines. Juicing has its perks.

As Janet Lorin writes in her piece for “Bloomberg,” “This year, at least a dozen elite colleges, including Chicago, Duke, Dartmouth, and Columbia, have offered extensions of once-sacrosanct January admissions deadlines. The University of Pennsylvania, Vanderbilt, and Bates are among schools whose admissions deans said they were doing so for the first time, aside from individual hardship cases or such emergencies as storms and major website failures.Colleges that extend deadlines say they are merely trying to give more students a chance to apply and receive scholarships. Yet students and even some colleges are asking whether the extra days are penalizing on-time applicants. The extensions—several of which lasted until last week—are bewildering teenagers and high school guidance counselors.”