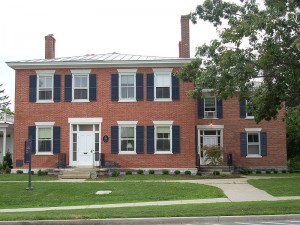 When the Common App. crashed at the deadline, numerous colleges extended their deadlines. We’ve got those extended deadlines for you.

On January 1st at around 11:30 PM EST, about three seconds after our last senior clicked submit on her one remaining Regular Decision application, the Common App. site crashed. And we were certainly not surprised. With all the glitches the Common App. experienced earlier this fall, and all those students who work up until the final minute, we’re happy that it didn’t crash earlier.

While we don’t know how many students were actually on the site at that very time, Scott Anderson, the director of outreach for the Common Application, stated to “The Daily Princetonian” that the Common App. received around 4,000 support tickets between the hours of 11:30 PM on January 1st and 2:30 AM on January 2nd during the time the site was down.

According to “The Daily Princetonian,” quoting Anderson, “Through Jan. 1, the Common Application received 2.6 million applications this admissions cycle, a 12 percent increase over the prior year. On Jan. 1 alone, it received 124,000 applications, but Anderson remarked this was still fewer than the 450,000 forms submitted on Dec. 31.”

So if you’re that senior who still hasn’t submitted your Regular Decision applications, or you’re thinking that you still want to apply to another few colleges, as of today you still have a few days to do so.

As reported in “The Examiner” by our friend Nancy Griesemer in her article “Colleges contend with Common App problems by extending January deadlines,” the following colleges have extended their Regular Decision deadlines. Please note that this is only a partial listing.