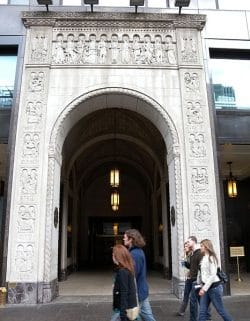 Colleges should play by the rules. They don’t always.

There’s a lawsuit brewing in college admissions and, no, this one has nothing to do with Harvard University. In this latest suit, Mercy College has filed a complaint against Long Island University for using confidential information to poach committed students. As Mercy alleges, LIU hired a former dean of Mercy’s business school. That former dean then capitalized on his access to confidential information on the admitted students to Mercy in the hope of encouraging them to attend LIU instead. But, Ivy Coach, we don’t care about Mercy College and Long Island University. We only care about our nation’s highly selective colleges. So why exactly are you writing about this battle between Mercy and LIU? Well, oh loyal readers, sometimes our nation’s most elite schools don’t play all that fair either.

Gather round readers. It’s time for a story. Nearly 20 years ago, one of our students earned admission to Cornell University in the Early Decision round. As our readers know well, when students are admitted via Early Decision, they’ve made a binding commitment to attend that institution — one other schools should (and almost always do) respect. After the student earned admission to Cornell, she happened to be named a finalist in the since renamed Intel Science Talent Search, one of the most prestigious science research competitions (if not the most prestigious) in America. Intel even published a brief bio about the student, a bio that stated she hoped to attend Cornell (since the verdict on her Early Decision application came in thereafter).

To her surprise (and to ours too!), the student would then receive a phone call and a letter from New York University. You see, NYU had read her brief bio put out by Intel. We believe the school knew she had made a binding commitment to Cornell and yet, in spite of her commitment, they tried to lure her to NYU anyway — even offering a full ride. All these years later, we still have the letter. Granted, this story is from a long time ago, but these kinds of things still do happen — not necessarily at NYU but at some other schools across America. Of course, these schools are the exceptions and not the rule since most colleges absolutely respect a student’s binding Early Decision commitment and would never encourage them to break such a commitment.

As our readers may remember, we previously shamed Hampshire College, Elizabethtown College, Washington & Jefferson College, and Ursinus College for not honoring the binding commitments students have made to other colleges, a fact that was also reported by “The New York Times.” May these schools and the others that encourage — or encouraged in the past — students to breach their binding commitments to other colleges realize the error of their ways.