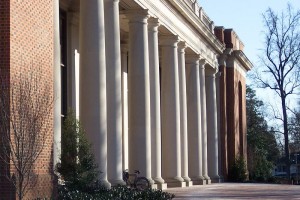 Are you stuck on college waiting lists? The key is not to do nothing. And it’s also not to send baked goods.

Stuck on college waiting lists? There is an article in today’s “New York Times” by Ariel Kaminer entitled, “On a College Waiting List? Sending Cookies Isn’t Going to Help.” Well, that’s for sure! It never ceases to amaze us how many waitlisted college applicants think it wise to nonetheless send baked goods to offices of admission each and every year. Will the admissions officers eat the cookies? Often times — indeed. Will the cookies positively impact their candidacy and chances of getting off the waitlist? No way! Seriously, did you really think baked goods would do the trick?

In the article in “The New York Times,” sending “family photos, craft projects depicting campus landmarks and dossiers of testimonials from civic and religious leaders” are also a few noted ridiculous things to do in an attempt to get off the waitlist? Now, should you do anything if you’re on a college waiting list? Absolutely not! Should you do nothing while you’re on the waitlist? Absolutely not either. You must indeed be proactive but proactivity should by no means involved baked goods or family photos. Seriously, family photos? Oy vey.

When you’re on college waiting lists, you should send letters of enthusiasm and you should update admissions officers at those colleges on any subsequent significant achievement of yours. With the keyword being significant. They don’t care what you ate for breakfast this morning. They don’t care if you just got a new dog. Significant. Significant. Significant. We can’t emphasize this enough. Want to know some other things not to do. As stated in the “New York Times” piece, students put themselves in the doghouse when they “[insult] the college’s judgment or taste. They have disparaged classmates who already got in. They have threatened to go over the admissions officer’s head. Showing up and demanding an interview is inadvisable. Showing up with a camping tent, even more so.” The camping tent is a famous case from many years ago in college admissions. Don’t do these things! Don’t even think about it!