We came across a radio segment on “Public Radio International” that we figured we’d share with our readers. The segment focuses on college summer programs. For those of you who read our blog regularly, you know where we stand on the topic of fancy summer programs. We think they’re a waste. So often, parents get so excited about these programs. They say to themselves, “Luke is going to the Stanford summer enrichment program. This is going to definitely improve his odds of getting into Stanford.” Unfortunately, this parent couldn’t be more wrong. Not only does it say in explicit terms on the website for the Stanford University summer enrichment program (known as the Stanford Pre-Collegiate Summer Institute) that it won’t help a student’s case for admission, but it should also say that it can indeed hurt a student’s case for admission. 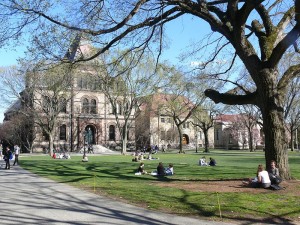 Attending a college summer enrichment program can hurt — rather than help — a student’s case for admission (photo credit: Ad Meskens).

If you’re interested in Ivy Coach’s help with shaping your child’s extracurricular activities so he or she has a hook — and doesn’t present as well-rounded (or entitled) — fill out our free consult form and we’ll be in touch. We look forward to hearing from you. And, while you’re here, check out what Ivy Coach Founder Bev Taylor has to say about fancy summer enrichment programs by watching the “Huffington Post Live” video below.