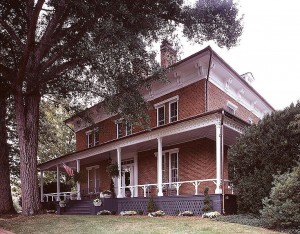 George Washington set an example for our country by serving only two terms. Washington and Lee University is setting a bad example by fudging their admissions data. Big time. And if you’re wondering whose house this is, it was built for Robert E. Lee. It’s Washington and Lee, after all.

There’s an article in “The Washington Post” by Nick Anderson entitled “Universities can look more selective by how they count student applications.” No kidding. If you haven’t noticed that we’ve been saying this for years, you haven’t been reading our college admissions blog. Highly selective universities throughout the country recruit students who have no shot whatsoever of ever gaining admission to these schools simply because they want to boost their application numbers. By boosting their application numbers, their admission rate will naturally be lower. And they will thus have a better ranking in “US News & World Report” than if they only recruited students who had a shot of actually getting in.

The article in “The Washington Post” highlights one university in particular that is manipulating their “US News & World Report” ranking to such an extreme that they should be ashamed of themselves. According to the article on college ranking data, “Washington and Lee University declared in its official reports last year that 5,972 students applied for admission and 19 percent were accepted. Those numbers helped define the public profile of one of the nation’s most-selective liberal arts schools. They also were the result of a counting method that worked to benefit the university’s image.”

The article goes on to state, “Internal university data obtained by The Washington Post show that more than 1,100 applications for the class of 2016 at the private Virginia school — roughly one out of every six — were never completed. The files were missing required elements such as teacher recommendations or test scores, raising questions about how many of them were seriously considered for admission.” Wow! Talk about getting caught red-handed. Washington and Lee University, while they might be operating within the rules for the “US News & World Report” college ranking, is fudging their college ranking data and they should be ashamed of themselves.

But we all know that Washington and Lee isn’t alone.