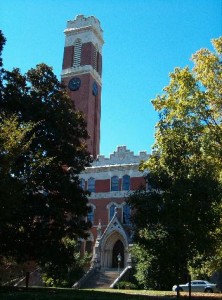 Students whose parents donate libraries stand better odds of getting into highly selective colleges. And that shouldn’t surprise you.

Do we at Ivy Coach agree with that, you ask? Certainly this will be a trend in the future but, for now, legacy admission does indeed favor the “rich white kid.” Twenty five years ago, around the time when parents whose children are currently applying to college themselves graduated from universities, college campuses weren’t nearly as diverse as they are now. Twenty five years ago was 1987. Much has changed in the world of college admissions since 1987. So we happen to disagree with Mr. Trachtenberg’s current assessment of legacy admission no longer favoring the “rich white kid.” That will likely be the case in the future. But that’s not the case right now.

But we do agree with Mr. Trachtenberg’s point that legacy admission helps to foster a sense of community, a sense of belonging to a school that values tradition. As Mr. Trachtenberg writes, “They help bridge an institution’s past and present. They represent tradition and underscore the history of an institution and modestly acknowledge what the present owes to the founders.”

What do you think? Which side do you agree with? Are you a supporter or an opponent of college legacy admissions? Let us know your thoughts by posting below!