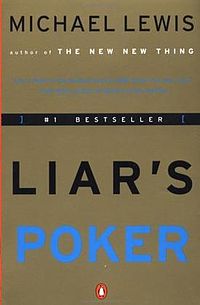 Princeton alumnus Michael Lewis gave this year's commencement speech. He is the author or "Liar's Poker" and "Moneyball" (among many other bestsellers).

It’s college commencement season and we thought we’d share with you some graduation speeches at various universities across the nation. From CNN’s Fareed Zakaria speaking at Harvard University (where he earned his Ph.D.) to Barbara Walters at Yale University to New York City Mayor Michael Bloomberg at Cornell University to Teach For America founder Wendy Kopp at Dartmouth College to “Moneyball’s” Michael Lewis at his alma mater (Princeton University), the list of luminaries goes on and on.

If you haven’t noticed from reading our blog in the past, we’re big fans of Michael Lewis and found his speech particularly good. He talked about how his senior thesis advisor in art history told him that, based on the writing of his senior thesis, he wasn’t going to make a career as a writer. In a way, it led Michael to attend graduate school to figure out what he wanted to do with his life. He’d take a job on Wall Street where he’d make hundreds of thousands of dollars a year as a derivatives trader, but it left him unsatisfied.

So he told his parents that he was going to quit his high-paying job to write a book with a $40,000 advance on working as a derivatives trader at one of Wall Street’s biggest firms. That book would become “Liar’s Poker,” a “New York Times Bestseller.” The book would launch Michael’s career, a career that includes writing the books that serve as source material for two films that recently got much Academy Award attention in addition to being box office sensations. His senior thesis advisor at Princeton got it wrong but it proved great motivation for him.

Michael spoke about how many folks like to think that they got to where they are in their careers because of what they did, because of their own smarts and savvy. But Michael argues that a lot of it has to do with luck, that if he hadn’t gotten that job as a derivates trader at a top Wall Street firm, he would never have had the vantage point to write such an interesting book…and then another. Michael Lewis is, unequivocally, one of the great non-fiction writers of our time and he has made his alma mater, Princeton University, proud.

And, while you’re here, check out some commencement speeches to college graduates from last year’s ceremonies!