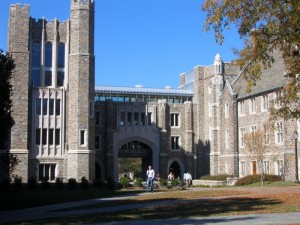 Hispanic Americans and women are on the rise across American college campuses.

“Marketing Charts” has some interesting college enrollment figures. According to an article on college enrollment numbers in “Marketing Charts,” “After growing by 3.2 million between 2006 and 2011, the number of Americans enrolled in college (undergraduate and graduate) fell by almost half-a-million last year to 19.9 million, or 6.7% of the population aged 3 and up, according to recent figures released by the US Census Bureau. The data tables contain some interesting demographic statistics on college students, who are estimated to command $117 billion in discretionary spending power.”

Of the college enrollment figure findings, there are many more females enrolled in colleges than males (11.3 million as compared to 8.6 million). The number of Caucasian American and African Americans enrolled in colleges has declined, while more Hispanic Americans are going to college (11% of the total college population in 2006 as compared to 17% of the total population last year). Asian Americans have the highest enrollment rate.

And get this — there were 40 fourteen or fifteen year-olds enrolled in college last year. How many of these students would you conjecture attend Harvard or MIT? Let us know your thoughts by posting a Comment below! We look forward to hearing from you.