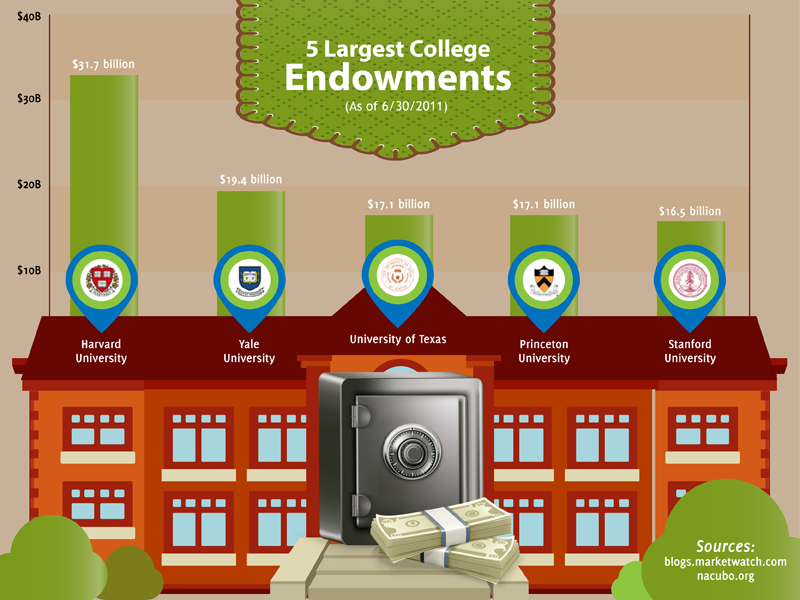 And how about this tidbit?: According to “OnlineUniversities.com,” “Ivy League endowment fund managers get access to the best opportunities: In a 2008 study, researchers from Harvard and MIT sought to explain why wealthier schools, like those in the Ivy League, receive endowments that far outpace other schools. The obvious answer was that high-quality alumni get good jobs for good money, then they donate. But a surprising find was that the excellent investment returns these endowment funds get are the result of managers’ connections and special access to the top strata of alternative funds. In other words, endowment funds at wealthy schools secure the best management talent because they’re wealthy, and the best managers make them wealthier, and around and around it goes.”