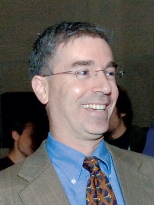 Each year, we seem to read the same old line that goes something like, “Applications have hit an all-time high. This is the most competitive year ever in college admissions.” If you’re a regular reader of this blog, you know that this is all spin. College admissions wasn’t particularly more competitive in 2011 as compared to 2002. The fact is that colleges are just getting better at encouraging students (even completely unqualified students) to apply to make their admit rate even tougher and their “US News & World Report” ranking even higher.

But this year, the usual spin is a little different because college application numbers actually dropped at many highly selective colleges across the nation. As reported by Janet Lorin of “Business Week,” Columbia experienced an 8.9% decrease in applications after having a record high the previous year when the university joined the Common App. Applications to Columbia had in fact jumped by 33% the previous year before falling to 31,818 for the 2011-2012 admissions cycle.

Application numbers at the University of Pennsylvania are down this year as well. MIT, too, but let’s take a time out from reporting these decreases because we want to salute the Massachusetts Institute of Technology and Dean of Admissions Stuart Schmill. Why’s that? Because Stuart Schmill isn’t interested in increasing applications for the sake of increasing applications and improving MIT’s “US News & World Report” ranking. In fact, Schmill oversaw a 40% decrease in the university’s direct marketing campaign so that the school would not so heavily recruit applicants who don’t have a shot at getting in.