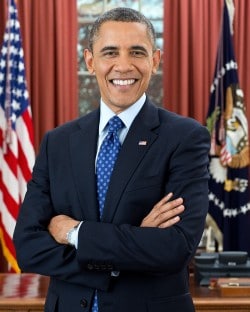 President Obama has labeled the month of November to be not Movember (if you see a lot of folks sporting mustaches during the month of November, it is no coincidence) but rather National College Application Month. But President Obama has been President of the United States for several years now and November has always been one of the key months in which high school students across America complete their college applications. Why now?

Maybe it’s because his eldest daughter, Malia, is applying to colleges this year. But unlike the vast majority of parents of overachieving students, we have a feeling President Obama isn’t too stressed out about this. After all, highly selective colleges are coveting the daughter of the American president. Sometimes people need that personal connection in order to take action, even executive action.

Is it a coincidence that President Obama has named November National College Application month the same year in which his eldest daughter is applying for college admission?

As reported by Mary Stegmeir on the NACAC blog “Admitted,” “After backing efforts to streamline the FAFSA and make information about colleges more accessible to the public, Obama went a step further. The commander-in-chief issued an official proclamation last week declaring November National College Application Month. ‘This month, let us strive to expand access to quality higher education for all people and to make real our nation’s promise of opportunity,’ Obama said in his announcement. ‘…I call upon public officials, educators, parents, students, and all Americans to observe this month with appropriate ceremonies, activities, and programs designed to encourage students to make plans for and apply for college.'”

Do you think President Obama’s personal connection to the college admissions process this year led him to dub November National College Application Month? We sure do.