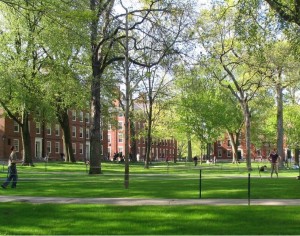 Admission rates at highly selective colleges can be misleading, as Nick Anderson points out in “The Washington Post.”

College admit statistics don’t tell the full story. There’s an article in “The Washington Post” entitled “College admission rates for Class of 2018: an imperfect but closely watched metric” written by Nick Anderson that we wanted to draw to the attention of our readers. If you’re a regular reader of our college admissions blog, you know our opinion on admission rates at highly selective colleges. In a word, they’re misleading. If you have a 2,300 SAT, perfect grades in the most rigorous courses, and you swim a 56 in the 100 yard breastroke, does that mean if you want to go to Columbia and Columbia has a 7% admit rate that you have 7% odds of getting in? Absolutely not! There is certainly not a 93% chance that you will be denied admission.

Admit rates are misleading for many reasons. For starters, the vast majority of highly selective colleges encourage essentially any living, breathing high school senior to apply for admission. Why’s that? Because the more students who apply, the lower the school’s admit rate will be. It doesn’t make a difference if they reject a kid with perfect SAT scores or if they reject a kid with 1,750 SAT scores. Get the idea? Thus, admit rates must be taken with a serious grain of salt.

But that’s not the only reason admit rates can be misleading. Another reason is that every school defines what an applicant is differently. At some highly selective colleges, the kid who failed to submit letters of recommendation and the required essays counts as an applicant, while at others the kid doesn’t. As Nick Anderson writes in his piece on admit rates in “The Washington Post,” “Of all college statistics, the admission rate might be the most misleading. Which is saying something because there are other strong candidates for that title. Graduation rates, for instance. The admission rate looks straightforward enough: Admission offers divided by applications. But what is an offer, and what is an application?”

Anderson goes on to write, “At the end of the recruiting cycle, a waiting list might be wholly converted to admission offers. Those don’t get included in the calculations in the initial flurry of news releases as colleges issue decisions. Various colleges define applications in various ways. Some are quite strict about only counting apps that have all required elements in a file — essays, test scores, transcripts, letters of recommendation, etc. Others essentially count anyone who starts the process and pays a fee.”

While you’re here, check out our compiled Ivy League admission statistics through the years. You won’t find a more comprehensive set of data on this topic anywhere.