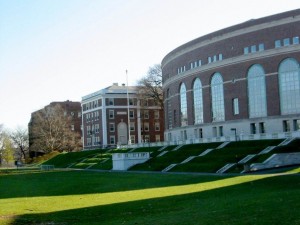 These are colleges with very low admit rates.

Is there a university that you thought had a higher acceptance rate than they do? Do any of the colleges on these lists surprise you? Is there a university that you thought would be on one of these two lists but isn’t? If so, let us know your thoughts on the matter and tell us who you thought would have surely been on one of these two lists. We look forward to hearing from you. And, keep in mind, that these are only the colleges that “The New York Times” has listed statistics for. As an example, the Massachusetts Institute of Technology isn’t on either of these lists but MIT had an overall acceptance rate this year of 8.2%. So they’d surely be on the first list.

And, while you’re here, check out the most comprehensive Ivy League admission statistics on the web.