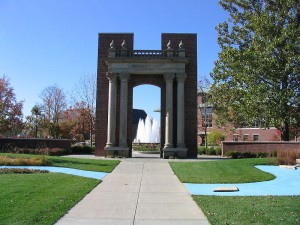 Further details have come to light about the admissions scandal at the University of Illinois at Urbana-Champaign (photo credit: Dori).

We have news to report on a college admissions scandal and for the first time in a while, this scandal has nothing to do with Claremont McKenna College! As reported back in March, the University of Illinois at Urbana-Champaign got into some serious trouble when it was discovered that the university’s lobbyist, the person the school put in charge of “government relations,” was helping unqualified applicants with political ties gain admission to the university. As a result of the scandal, the university’s admissions office had to put in place a system that red flagged every time an outside party like a politician put in a call on behalf of an applicant.

But now new information is coming out in light of this scandal, a scandal that first made waves in 2009. It seems “The Chicago Tribune” has identified one-fourth of the students between 2005-2009 who received preferential treatment in their admissions decisions because of outside political influencers. “The Chicago Tribune” has also identified the exact politicians who had a hand in helping unqualified applicants gain admission and shockingly (this is absolute sarcasm), many of the unqualified applicants had strong connections with major donors to these politicians.

Shocker, eh? Does any of this surprise you? Do you think the University of Illinois should be reprimanded in light of these new details coming out by “The Chicago Tribune”? Do you think the politicians who influenced these college admissions decisions should be penalized? Let us know your thoughts on this college admissions scandal by posting below.