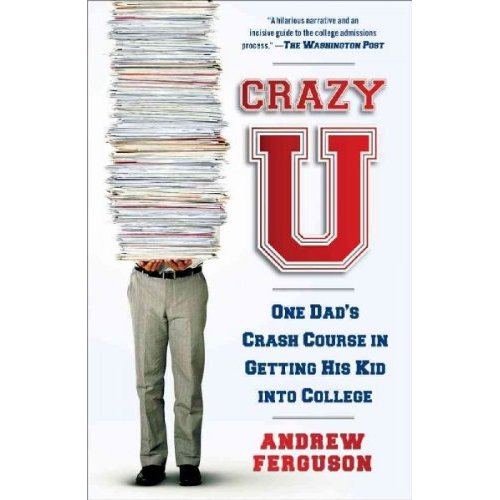 Will Ferrell might play the role of a crazed father in a movie in development about college admissions based on Andrew Ferguson’s book.

We wrote a lot about this book when it came out, but we’ll give you the scoop on what “Deadline Hollywood” has to say about it: “The book is about one father’s adventures trying to brave the cutthroat competition to get his son accepted into the perfect college. Obsessed with keeping his son from making that one wrong step that could dash the youth’s dreams, dad tries to get an audience with the most sought after and expensive private college consultant in the country, insinuates himself in helping his son past the SATs, and all the campus tours and stressful admissions interviews, all culminating in waiting for the fat envelope that will determine success or failure in getting into an elite school that will siphon off all dad’s savings.”

Is this a movie you’d watch? Do you think it’ll make it through the movie development process or will we never see it? Let us know your thoughts by posting below. What do you think of college admissions becoming a trend at the Hollywood box office? We’re curious to hear your thoughts!